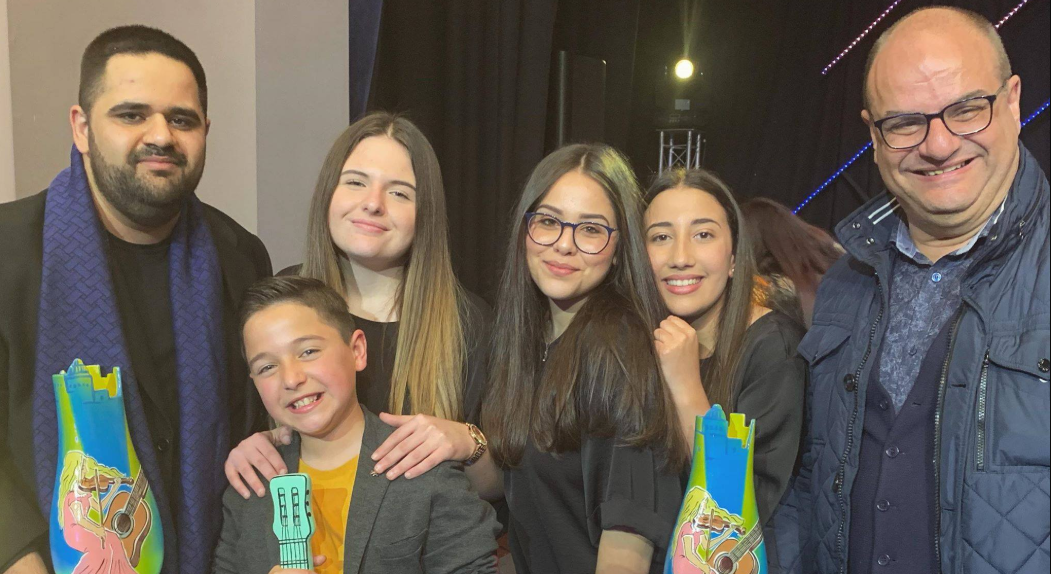 Gianluca Cilia, the Maltese representative at the Junior Eurovision in 2017 with ‘Dawra Tond’, emerged victorious in the biggest song competition in Maltese for kids called ‘L-Għanja Tal-Poplu Żgħażagħ’.

At this contest, the singers present original tracks to this competition and the finalists get to interpret their songs with the Malta Concert Orchestra under the direction of Mro Joe Brown & Mro Paul Abela.

The winning song Ħaġar Qim won the Middle School section and was later announced as the overall winner of this competition. The entry pays homage to one of Malta’s World Heritage Sites – the historic temples of Ħaġar Qim. The idea behind the song came after Gianluca visited the site on a school visit – where he learnt more about it and was fascinated how this structure, built with such precision, survived over so many centuries. The temple phase in Malta dates back to 3600 to 3200BC.

It was surely not an easy feat for the 11-year-old, as he was the youngest participant taking part in this competition; open for kids aged between 11 to 16-year-olds. The songwriters behind his winning entry are Philip Vella and Emil Calleja Bayliss. Philip has represented Malta in the Eurovision Song Contest as a composer on numerous occasions namely 2000, 2002, 2004, 2007, 2008 & 2017 while Emil C is the lyricist behind Malta’s last two Junior Eurovision Song Contest entries, including Gianluca’s ‘Dawra
Tond’.

Malta’s 2018 Junior Eurovision entrant Ela Mangion, was one of the three backing vocalists behind the youngster alongside his sister Giulia Cilia and upcoming artist Ilenia Camilleri. Gianluca and his team were under the guidance of Nadia Vella and Glen Vella from Vocalbooth Studios, Malta’s 2011 Eurovision Song Contest representative. One of the special guests of the night was the 2006 winner of this prestigious competition, Christabelle, Malta’s 2018 Eurovision Song Contest representative who
presented Gianluca with the winning trophy.

Gianluca would like to take the opportunity to thank the whole team behind him and also passes his congratulations to Martina Galea Loffreda, the winner of the secondary school section with the song ‘Għoxrin’ penned and composed by Corazon, a five-time finalist in Malta’s selection for the Eurovision Song Contest.

Ħaġar Qim can currently be found on YouTube and on SoundCloud. It will soon be available for purchase on iTunes and Amazon as well as streaming through Spotify and Apple Music. This would not have been possible without the support of the German record label, CAP-Sounds, the publisher.