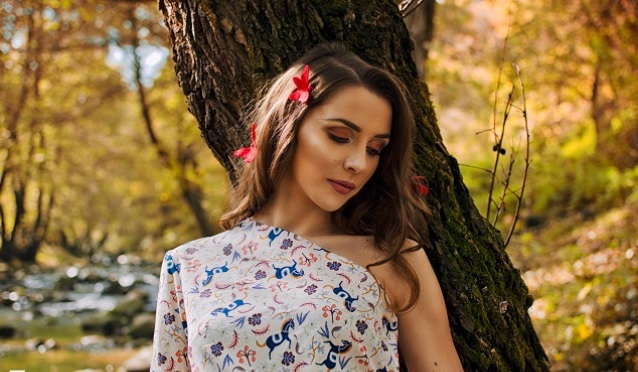 Macedonian broadcaster, MRT, have opened up a call for submissions for their representative, Jana Burčeska who they revealed had been internally selected last month. It is the second year in a row they have selected internally, after they sent Kaliopi in 2016, making it her third time representing the country on the Eurovision stage.

They have already stated that they are looking for a modern song but which shows the Macedonian culture, so we should expect some ethnic vibes to the song. Their open call for submissions to artists and music producers from both Macedonia and abroad is to submit original, unpublished and contemporary songs with a potential to be performed at Eurovision Song Contest, 2017 in Kiev, Ukraine. It is hoped that this method of selecting the song for Jana Burčeska will increase competition in selection of the song thus meaning a quality and dignified representation of MRT at the contest. Also it will once again bring more interest in Eurovision in the country, which has decreased in recent years.

Demo tapes of the songs, of which have to be of quality and with understandable voice and harmony, should be sent straight to the Head of Delegation for the country via her email [email protected] They have until December 25th to send in their songs.

Jana Burčeska is 23 years old, and started to sing at the age of just 4 years old. Her music career started back in 2010, when she entered the first edition, and so far only, editions of Macedonian Idol, where she finished 5th. In 2011, Jana became an ambassador of UNICEF and collaborated in a project against violence at schools. She has competed also at Skopje Fest a total of 3 times (2012, 2013 and 2015). Since 2014 she has been the lead vocals for the Macedonian band Mizar.

In 2016, FYR Macedonia were represented by Kalopi, who made her third appearance for the country after representing them in 1996 on their debut and in 2012. She failed to make it to the Grand Final in Stockholm with her song “Dona” finishing 11th in the semi final.