The Finnish ‘Sandstorm’ is ready to shake and head off to Tel Aviv!

We already know which song Finland’s very own Darude and Sebastian Rejman will be performing at this year’s Eurovision Song Contest in Israel. The track “Look Away” just won this year’s special edition of UMK (Uuden Musiikin Kilpailu) where Darude was the only contender with three different songs that he got to release during the past few weeks. 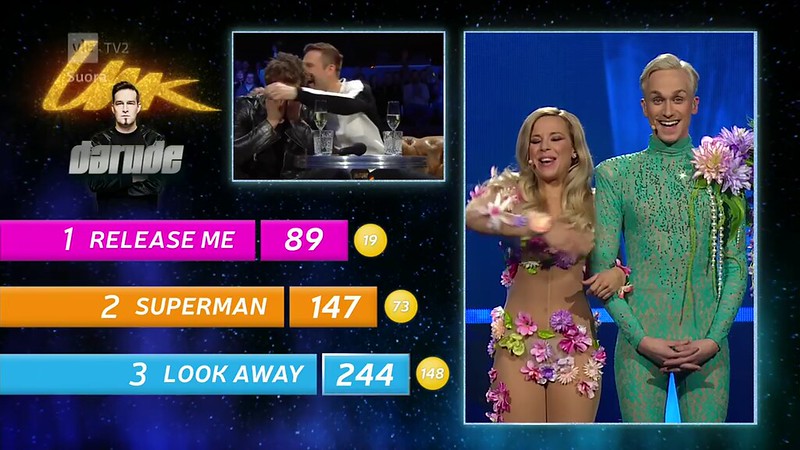 Darude was working hard on having three potential entries in order to let the viewers and professional music industry jury choose which of them fits him and Sebastian Rejman best to represent the nation at the biggest music competition in the world.

Both Darude and Sebastian Rejman made such a big effort on all the numbers that we could see tonight on stage and we still do not know if the one which took the crown will be repeated likewise the same in Tel Aviv but they tried on adapting the performances to what they could also deliver in Tel Aviv with some props.

Tonight’s show has taken place live from Turku’s Logomo for the first time and it was hosted by ESC 2013 act Krista Siegfrids alongside Mikko Silvennoinen and Christoffer Strandberg. Eurovision 2013 winner Emmelie de Forest was the guest artist this year.

Do you think Finland has made the right choice? Will the guys stand out from the other countries in Israel having a chance to bring the contest back to Finland after 14 years?