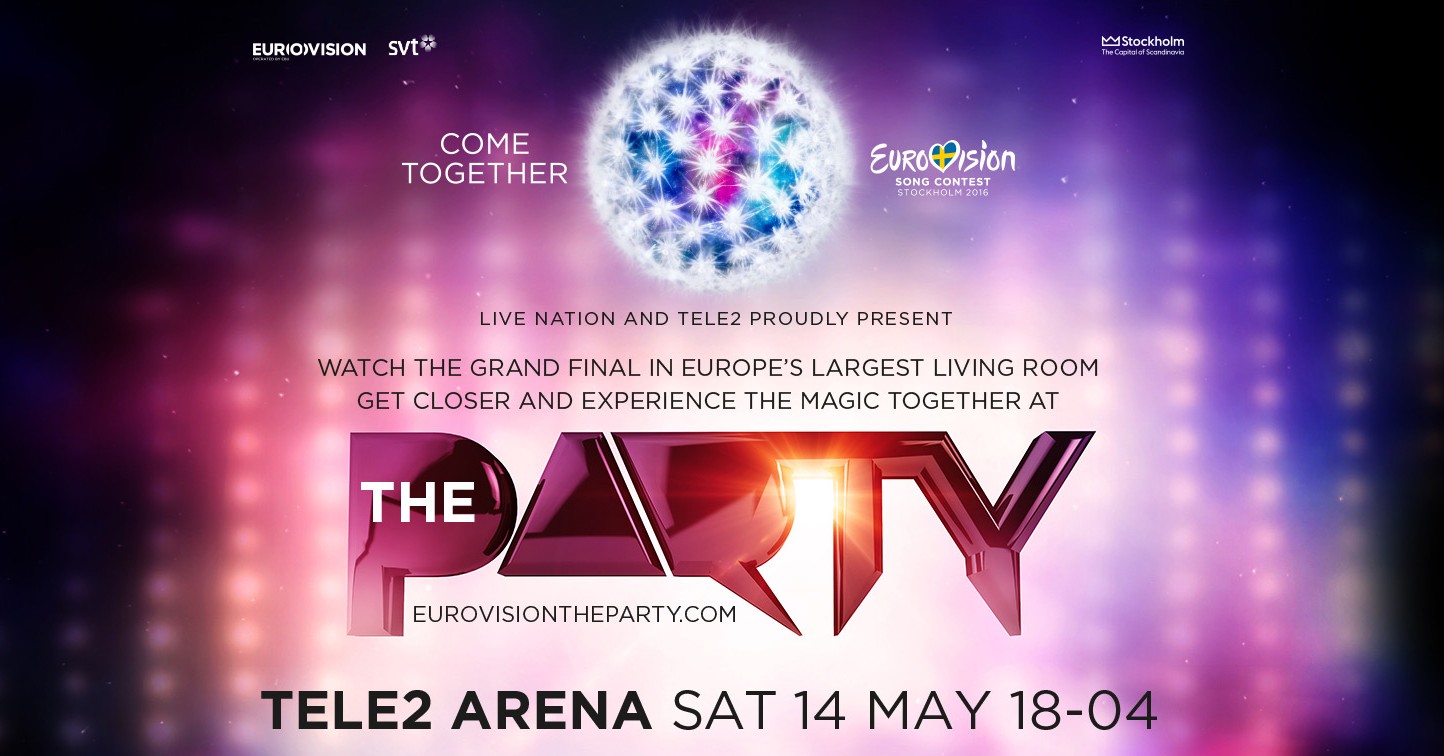 What’s better than celebrating Eurovision with your besties next to the main stage? Partying with Sanna Nielsen and a few thousand of your newest friends at the Tele2 Arena, that’s what. Eurovision the Party promises “A totally new Eurovision experience.”

Sanna Nielsen of 2014 “Undo” fame is hosting the massive event from just a stone’s throw away from the Globe…but there will be lost of connection to the Eurovision Song Contest proper, and Sanna’s promising a very special night for those joining her, “Together we will be able to follow the artists, the party and to dance the whole night long. During the broadcast the audience in Tele2 can follow me backstage for a lot of fun interviews and a unique insight in what’s happening behind the scenes.”

What can you expect beyond Sanna’s hostess capabilities?

That’s a lot of swag to make this viewing event stand above the others taking place at EuroClub or at Eurovision Village. This new event is being produced by Live Nation and SVT, the Host Broadcaster as an additional way for those who missed out on Globe tickets to still get a nice helping of the Eurovision magic.

Johan Bernhagen, Executive Producer of the 2016 Eurovision Song Contest explains, “Eurovision the Party is an opportunity for more people to be a part of the Eurovision event as the tickets for the Globe Arena practically are sold out. In the Eurovision Village a public viewing will also be offered, and in the EuroClub festivities will be organized for people with accreditation. Eurovision The Party is a complement to all these events and one that we hope can become a tradition.”

If you’re not interested yet….LOREEN! Seriously. Pick up some tickets.

Tickets can be found on AXS.com and cost between 300 and 995 SEK. A ticket to the after-party costs 200 SEK. For more information visit the official website of Eurovision the Party.

Chances are a number of Eurovision’s participants, and no doubt the hosts Måns Zelmerlöw and Petra Mede could hop across the street after the show to make an appearance, and the word on the street is more acts will be added to the lineup in the days before the event.

Keep it here with ESC+Plus to find out more!