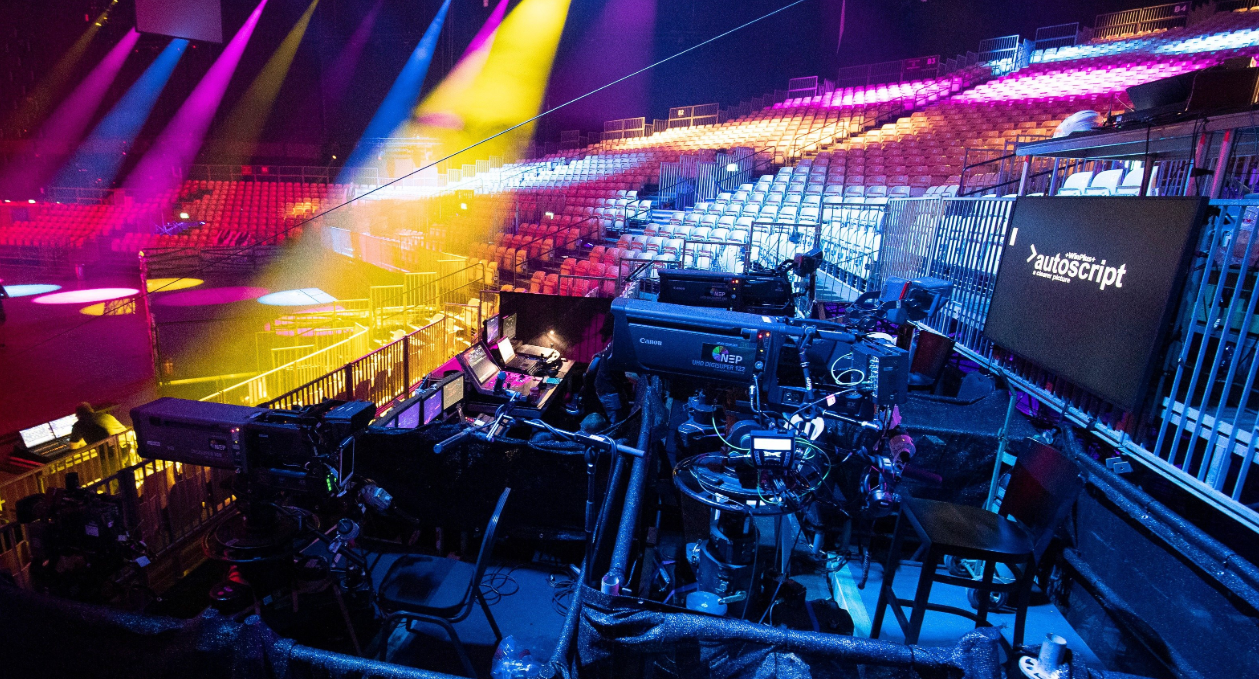 Today is the last day of artist rehearsals for Eurovision 2019.  Starting on Monday the shows will be rehearsed in their entirety. We’ll hear once more from the big five and host country Israel before the artists depart for their journey on the Orange Carpet.

Kobi showed his very classy simple staging the emphasized his vocals and not his body movement. We’ll be watching today to see if the jitters of impressing a home country crowd are having any impact on him. We will also be looking to see how if there are any changes to his camera angles since this performance is so connected to the emotion of Kobi. UPDATE: This is like a number at the Oscars with its high class and old Hollywood styling. This is going to thrill Israeli viewers and the arena crowd with emotion and pride.

What a difference a week has made for Bilal. We may be on the verge of a serious debate over whether or not France can emerge victorious. Bilal’s critics have faulted the vocal talent on display.  Will France be able to dismiss critics and serve a surprise victory? We’ll be watching today to find out how the chemistry of his onstage dancers helps connect to the song’s meaning. UPDATE: The energy between Bilal and the dancers build with every performance. I think this will be a memorable moment for France on Saturday. Bilal’s vocals remain the vulnerable point of contention amongst critics.

Miki has been promising the party in Tel Aviv and the preview for what he will treat viewers to on Saturday night is no disappointment. The staging was unveiled this week and features a lot of movement. We will be watching to see how cohesive of a story can be built from the two-floor apartment introduced to viewers. UPDATE: I don’t know if the storyline, if any – will be obvious but I’m not sure it matters. The use of rainbow palette here is in full force. The use of camera angles panning to the crowd to insert them to the La Venda icon will surely payoff in advertising the party Miki is bringing to the arena. For the last minute where he makes a run across the catwalk also adds to the burst of energy this will give the finale on Saturday.

Mahmood has been sick, so we’ll be listening for his vocal strength and energy level. Is it too late for Italy? We should be able to tell from today’s rehearsal if Italy can re-enter the conversation around winning Eurovision 2019. UPDATE: The use of English text to tell the story of the song worked so well for Italy last year with televoters, it’s hard not to think of it again here. This run through has Mahmood looking more energetic and dressed in a solid white shirt, losing the print from the first rehearsal. Given the popularity of the Spotify track and the styling and stage here – it’s hard not to see this being a huge hit with viewers. Is Italy back?  On the last run through its a patterned shirt again – red and black this time. In any case, Bravo Italia!

Michael was bringing us into the universe with the use of LED backdrops in his first rehearsal. We will be watching to see if this feels original enough given the overuse of the theme over the years. UPDATE: Michael’s voice is flawless even if the staging is not bringing anything we haven’t seen before. There is a liftoff moment at the climax where the arches rise and stage panels twist. However, there is too much camera time with the stage looking really empty.

S!sters clearly have on-screen chemistry and connection if not a family resemblance. We will be watching to make sure they can demonstrate that in the camera angles used both apart and together. The ability to connect the audience to the message of sisterly love is going to be a big variable as Germany looks to have another strong showing in the final after their top five placement in 2018. UPDATE: A little riff at after the song in the tune of ‘Wannabe’, ‘If you wanna be my lover, you gotta get with my Sis’.

What do you think of the chances for the big five + Israel?