As fans scramble with betting odds to try to foretell this year’s winning country, Google has been hard at work tracking fans use of Google searches to find out who are the favorites.  Google has now published its data which includes the elimination of searches and views of songs from the users’ home country.  So basically, we have Google data – Eurovision style.

The results of this study have some interesting predictions. ‘If you look at which contestants people are searching for – awarding Eurovision style points based on search activity for other countries’ contestants – you’d find that the Netherlands is currently projected to win, followed by Russia and Italy” explains Google. Interestingly, a similar analysis ahead of last year’s final predicted Israel the winner, despite Cyrpus topping the betting odds.

Based on Youtube views – Malta is the winner.  We can further examine the top YouTube views for all participating countries – which first shows Italy as the most viewed entry: 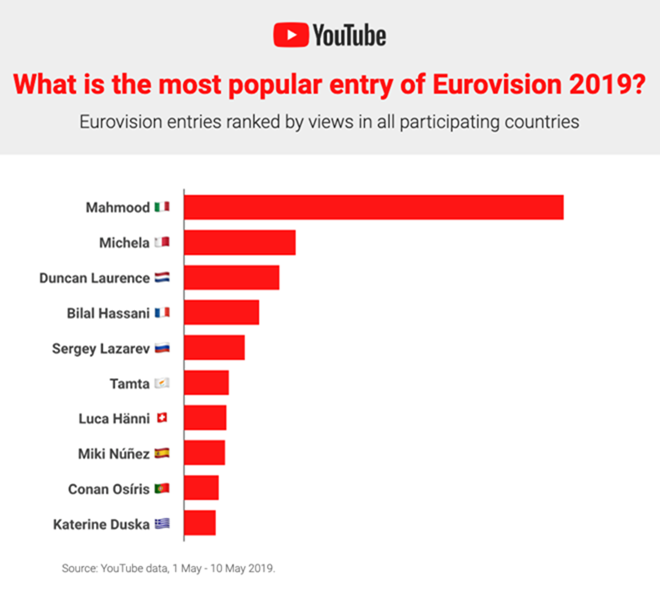 Now if we allocate points while removing views from user home entry we find that: 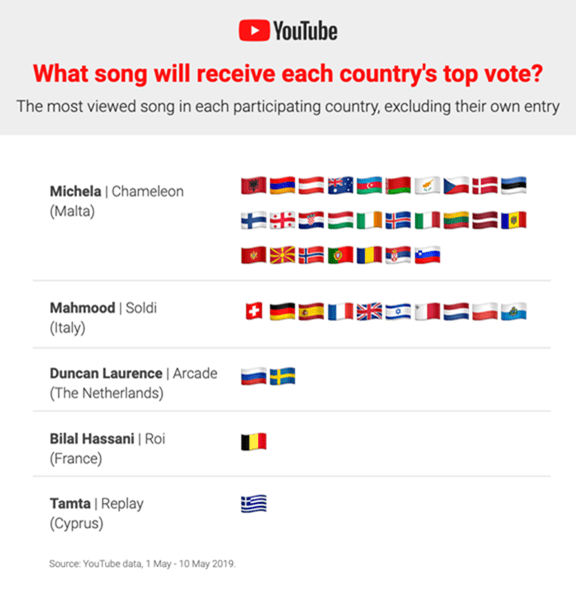 Malta actually takes the most top points from each country.  When studying the geographic pattern of the views here – they resemble some traditional voting behavior: 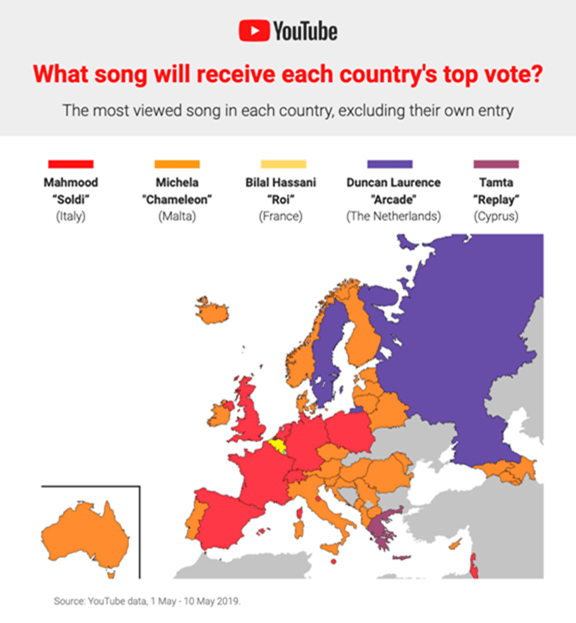 Is the Netherlands victory a near certainty?  or is YouTube right and we are underestimating a Maltese victory?

Let us know in the comments!