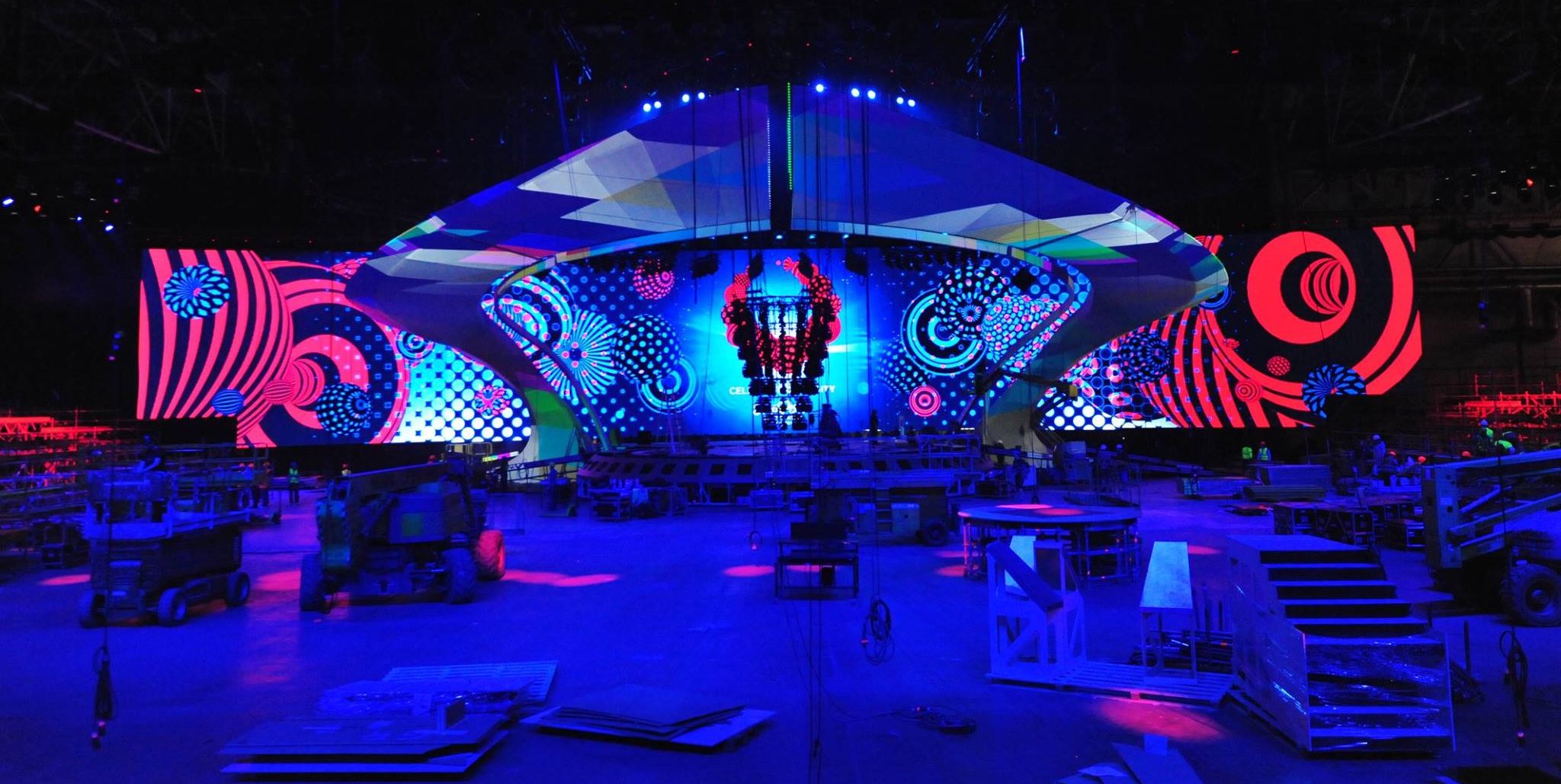 The designer of this year’s Eurovision stage Florian Wieder has revealed the original design that was initially planned for the competition. The idea wasn’t finally executed because of the high cost it required. The original design included rolling LED screens in the back, the Green Room located in both sides of the main area and a catwalk.

You can see the initial design in the following video:

The final stage design can be seen below: 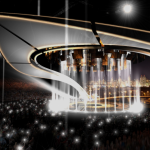 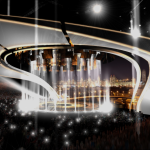 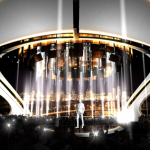 “The Eurovision-2017 contest stage weighs around 30 tons and the platform where contestants will perform has an area of 350 square meters. The stage has the largest screen that has ever been built in Ukraine. A specially designed central part of the stage called the beehive allows each metal girder of the stage structure to move independently, fall or rise during the show or in between the performances. This makes it possible to change the geometry of the scene in order to create unique performances for each of the participants.”, – explained Ola Melzig. Head of Production of Eurovision 2017, a few days ago.

What do you think about the initial design for this year’s Eurovision? Which one do you prefer? Let us know in comments!