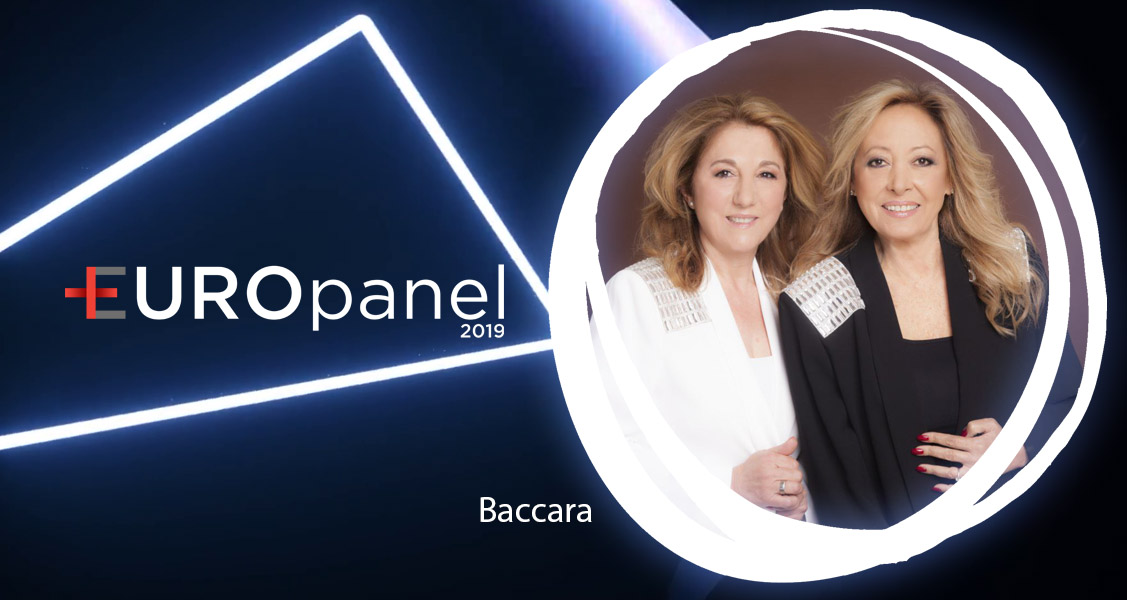 Today we bring you the points awarded by our expert panel member Baccara from Luxemburg.

“Sorry I´m a Lady” wouldn´t be a sentence to say for this women of Temperament.

They are thoroghbread musicians and Ladies first class

With their hit “Yes Sir I can Boogie”,they made the breakthrough in 1977.Over nigth they  searched with this song, number one hit in over 18 countries,18 million sold records as a woman´s duet,is enough get to Guiness Book records with most frequently sold records.

¨Yes Sir…“ is still up till today no 7 of most sold single records worldwide ,,,historywise.

Since 2010, Cristina Sevilla joined Baccara and the success with Maria Mendiola can be continued

Songs like:“Parlez Vous Francaise“, “The Devil sent you to Laredo”, “Sorry I´m a Lady” or “Darling” were also in subsequent years present at the international Charts.

In total they sold over 40Millions records and received Gold, Platin and Diamonds Prizes furtheremore they earned all important awards of this business, for example, Goldene Bambi.

Recently they have appeard in several Spanish Televisions and German (Chart-Show) Tv shows, as well they were performing in the latest Retro FM show,at the Olympic Stadium in Moscow, St. Petersburg (Russia).