The singer will follow in the steps of The Humans at the contest. Two Eurovision winners were also performing

Ester Peony has taken over the victory of this year’s Selecția Națională, Romania‘s Eurovision national selection. She will sing the song “On A Sunday” on the Eurovision stage in May in the second semifinal of the contest in Tel Aviv on the 14th of May.

12 contestants, who previously qualified from two smaller concerts in Arad and Iasi competed for the ticket to represent Romania at Europe’s favourite competition after The Humans‘ failed to qualify in Lisbon.

Those were the 12 acts taking part tonight:

The final outcome resulted from the combination of the votes from an international panel made up of industry professionals and Eurovision experts plus the Romanian audience deciding who had to earn the ticket all the way to Israel. The audience had the weight of a judge, so they only decided a small percentage of the outcome. 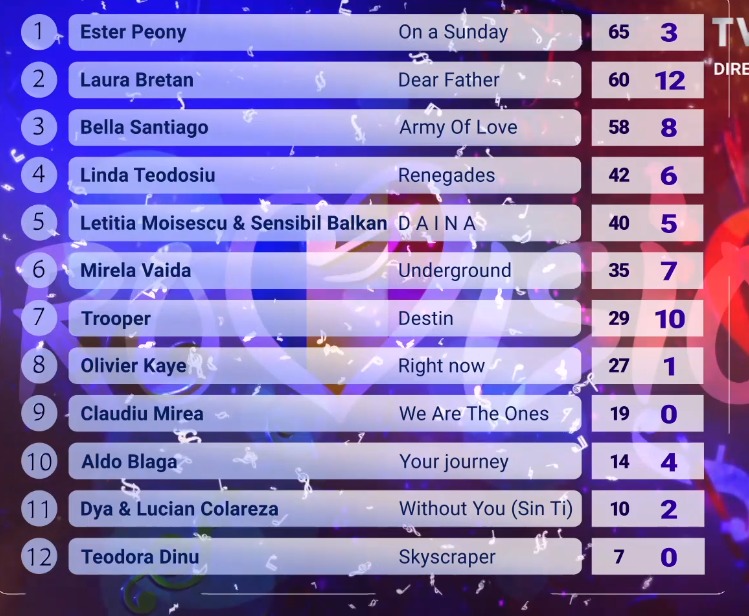 What do you think of their choice? Should this act hope for Eurovision glory this time? Let us know and stay tuned!