Ellie Delvaux has been announced as the representative of Belgium for Eurovision 2017. In a post on twitter from The Voice Belgique account, in which she took part during the latest season of the show, confirmed her and congratulated her on the news. The official broadcaster in charge of Eurovision in 2017, RTBF also this afternoon posted officially that the news is true, thus starting the ball rolling for the broadcaster with the song chosen to be revealed at a later date.

It is usual to see RTBF select internally when they are in charge of organising the countries participation at Eurovision. They share the organisation on a “year on year off” basis with fellow broadcaster, VRT, who last year chosen Laura Tesoro for Stockholm who surprised us all by finishing 10th in the Grand Final. The last time that RTBF were in charge they of course chose Loïc Nottet, who was also from The Voice Belgique, who came 2nd in the third season of the contest. 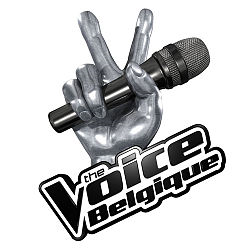 Ellie, who also goes by the name Blanche, made it through to the live shows of the contest, and was coached by French Duo “Cats on Trees”. Further details of the song which Ellie/Blanche will sing has not been released yet.  it will be interesting to see if the Belgian French broadcaster will send a French song considering the recent success with the language in 2016 from countries like Austria “Loin D’ici” and France “J’ai Cherché“.