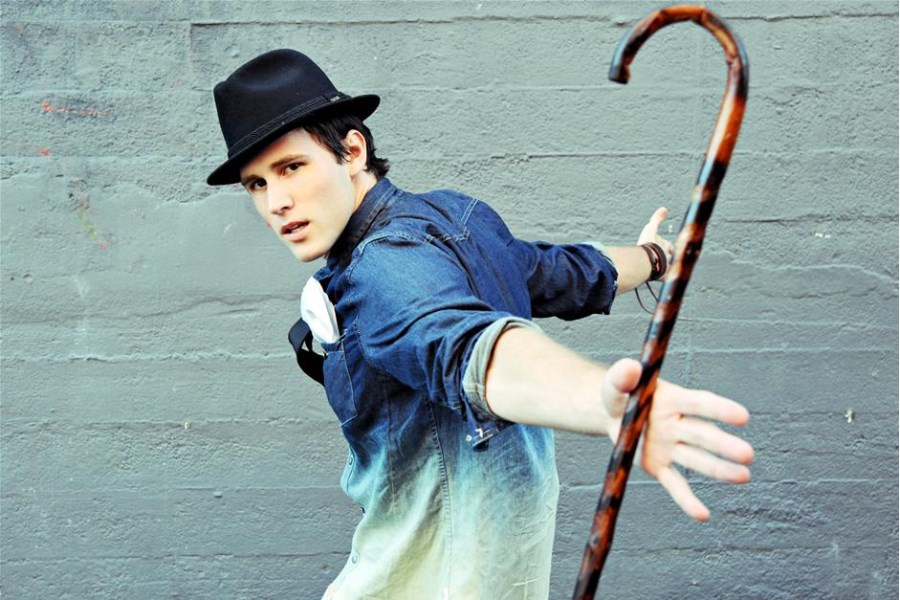 We have reached the 3rd part of our small Dansk Melodi Grand Prix 2014 introduction series, where we’re introducing the 10 artists competing. Next up is Sonny!

Unfortunately Sonny was the only artist we weren’t able to get an interview with, as he is recording a movie in Hollywood right now. But we still want to give you all a chance to get to know him better, so read on below to get to know exactly who he is. In Dansk Melodi Grand Prix 2014, Sonny will sing song number 3 Feeling The You. It was written by Sonny himself, along with Frederk Tao Nordsøe Schjoldan and Thomas Lumpkins. Listen to the snippet of his song below.

Sonny Freddie-Pedersen was born on October 6th 1986. Music and entertainment has been a big part of Sonny’s live from an early age, as he started taking dancing lesson ,when he was 2 years old, singing and piano lessons when he was 4 years old, and acting lessons when he was 9 years old. In the early years of his life, Sonny’s focus was mostly on dancing, and he won lots of championships with his dancing partner Jeanette in the 1990’s and early 2000’s, and they were even the stars in their own award-winning reality show ”Ingen slinger i valsen”. In 2002 Sonny decided to focus more on his music and acting carreer as he started perfoming in a musical duo with his sister Gigi under the name Brother + Sister and he got his first role in the musical ”Gummitarzan”. Brother + Sister released an album in 2005, and it became a success in Denmark peaking at number 2 in the Danish album chart, and it included 2 hit singles I Wish and Family Tree. In the next years Sonny continued having success with his music as well as winning many chapionships in dancing, and playing in several musicals. 3 years ago Sonny took the big step and moved to the US to pursue his carreer, and that proved to be a great decision. He was cast to dance in shows such as ”Dancing with the stars”, ”The Oscars” and ”Americas got talent”, and he has been working with big names like Christina Aguilera, Paula Abdul, Nicki Minaj, Taylor Swift, Kylie Minoque and Nicole Scherzinger. In the US he also realesed his 4th album International in 2012. He is currently working on a new Hollywood movie with the famous director Kenny Ortega, but on March 8th he will be back in his home country to perform Feeling The You on stage in Odense.