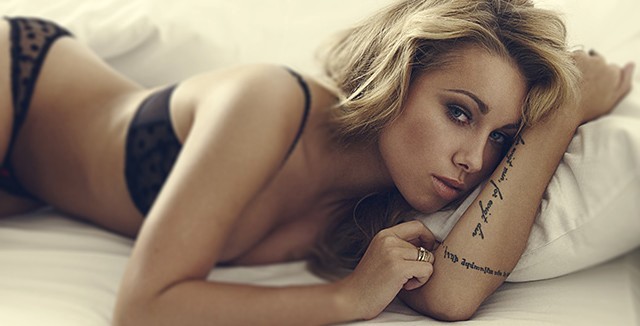 In a little more than a month, last year’s host country Denmark will decide who will represent them at Eurovision 2015, when the national selection Dansk Melodi Grand Prix 2015 (DMGP) will take place on February 7th in Aalborg.

Broadcaster DR has not yet announced any of the participants, but according to Danish newspaper Her og Nu, it is confirmed that Anne Gadegaard will be one of the 10 acts, who will be on stage next month with a song composed by her boyfriend Micky Skeel, who is a member of the Danish pop duo PULS. It is worth noting that Her og Nu revealed 9 out of the 10 DMGP artists in 2013 and 3 in 2014, before the they were announced by DR, and they have not been wrong about any of the artists they have revealed in the previous years.

Anne Gadegaard is no stranger to Junior Eurovision fans, as she represented her country on home soil, when the first ever contest was held in Copenhagen in 2003, achieving a respectable 5th place with Arabiens Drøm. She was a successful child star in Denmark, releasing 5 hit albums, before taking a break from music to focus on her school, and spend time with her mother who was battling cancer, a battle, she unfortunately lost in 2010. 3 year later Anne was ready to come back to the music scene, and she did that with the song Bag Skyerne (Behind the Clouds), which was a touching tribute to her mother. She has since recently released another few singles, all in Danish. She is also running a successful blog at annegadegaard.com, where people can follow her day to day life.

DR is expected to hold a press conference within the next few weeks, where they will announce all 10 artists, that will compete in Dansk Melodi Grand Prix 2015.

You can watch Anne Gadegaard performance of Arabiens Drøm at Junior Eurovision 2003 below.

Here you can watch the music video from her more recent single Bag Skyerne.