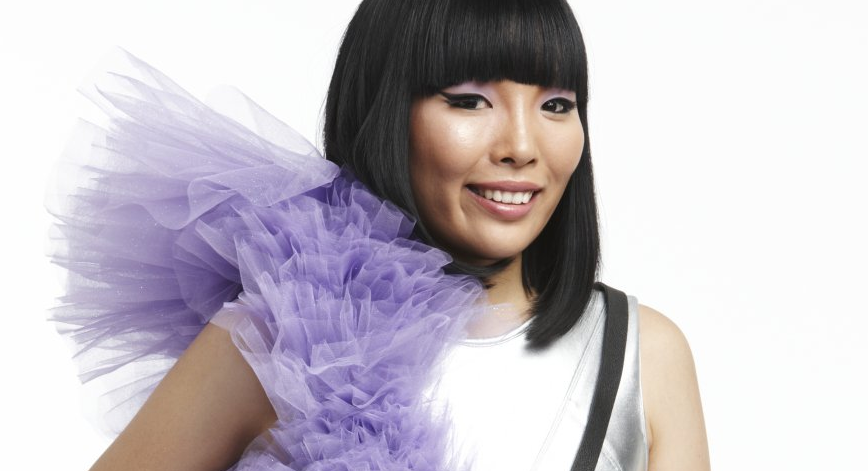 You will not have to wait anymore! We have the info! Dami Im will be representing Australia and SBS at this year’s Eurovision Song Contest in Stockholm!

As previously reported on ESC-Plus. com, many rumors were behind this year’s Australian Eurovision participation. First, Kylie Minogue denying to participate while she’s been a long fan favourite as well as Delta Goodrem who went on writing the Australian Junior Eurovision entry in 2015 and early yesterday denied being the one selected for Stockholm. Eyes were also set on this year’s DMGP contestant and 3rd series of ”The Voice” Anja Nissen who came 2nd with ”Never Alone”. Did SBS pose to do it after Anja’s result in Denmark?

The thing is that today, Conchita Wurst revealed from Sydney’s Opera House the name of this year’s Australian Eurovision representative who also performed on stage with a very intimate and personal performance of 1974 winning entry Waterloo by ABBA. There could not be a better place to make the big reveal!

Watch LIVE now as we announce who will be representing Australia at Eurovision, from the 'Conchita: From Vienna with Love' concert. Thanks to Austria Official Travel Info and the Sydney Symphony Orchestra.

Dami Im, is 27 year-old girl who moved to Australia with her family at the age of 9, where she was raised up. She grew up in a family of musicians, as her mother is an opera singer, and already at the age of 4, Dami started singing and playing piano. Dami rose to fame on series five of the Australian X Factor back in 2013 crowned as the winner with fellow Ruth’s Lorenzo’s friend and Kylie Minogue’s sister Dannii, as her mentor. Since then, she has scored a number one album in the country, Heart Beats, with Sony Music Australia as well as two Platinum singles. Before taking part in X-Factor Dami Im had already released one album, Dream, which came in 2010 and was recorded to raise money for the church.

First impressions by Dami; “I am so thrilled and honoured to be representing Australia at Eurovision this year in Stockholm. I am really excited to be following in the footsteps of Guy Sebastian and Jessica Mauboy who have both graced the Eurovision stage before me.”

“I truly believe that the Australian public and Eurovision fans around the world are going to love the song I will be performing in Sweden. I cannot wait to showcase it to the world and represent Australia to the best of my ability!”

Which song will she bring to Eurovision? We will have to wait for a while until March 11th for the worldwide release, so stay tuned for more details on it!

Do you like Guy Sebastian’s successor in the contest? Tell us your impressions!