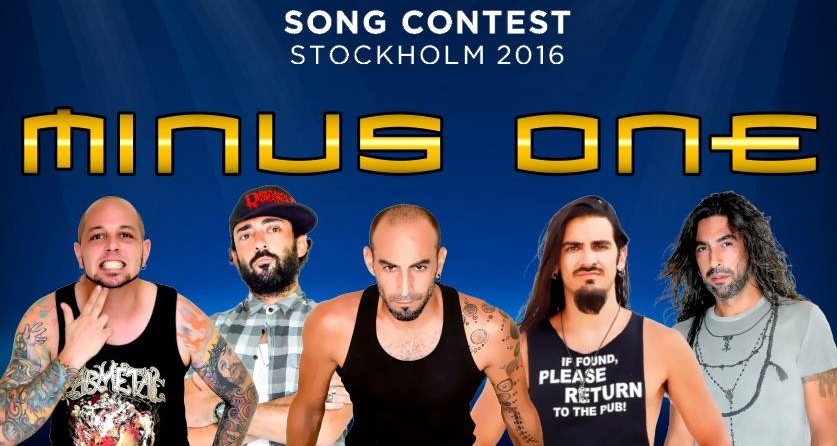 CyBC has just revealed the name of their representative for Eurovision 2016, the band MINUS ONE!

The Cypriot broadcaster have decided to choose internally again after running a national selection this year, “Eurovision Song Project”. MINUS ONE were one of the artists taking part at this year’s Cypriot national selection, which made them famous in their homeland getting a strong fanbase.

The entry that MINUS ONE will be performing in Stockholm will be composed by themselves in cooperation with the Swedish Thomas G:son, who already produced many Eurovision hits like the 2012 winning entry “Euphoria”.

Minus One is a five piece band that plays everything, from pop and rock classics, to today’s newer hits. The band does not just play covers but rearranges and refreshes the songs bringing them closer to the bands own sound.

The bands strongest point is their performances and choice of songs. Once they get up on stage its obvious they are up there to have fun and enjoy what they do, taking the people off stage along for the ride. The energy and great chemistry among the band’s members is phenomenal, also passed on to the crowd off stage and what makes this band stand out. By adding new songs weekly, they keep their playlist fresh, making the performances always interesting and explosive, and keep trying new things always searching for the next step forward trying to be ahead of the pack and deliver better each time. Their performances are not to be missed since nothing compares to catching them live.

This year, Cyprus was represented by Giannis Karayiannis, who reached the final with the song “One thing I should have done”.