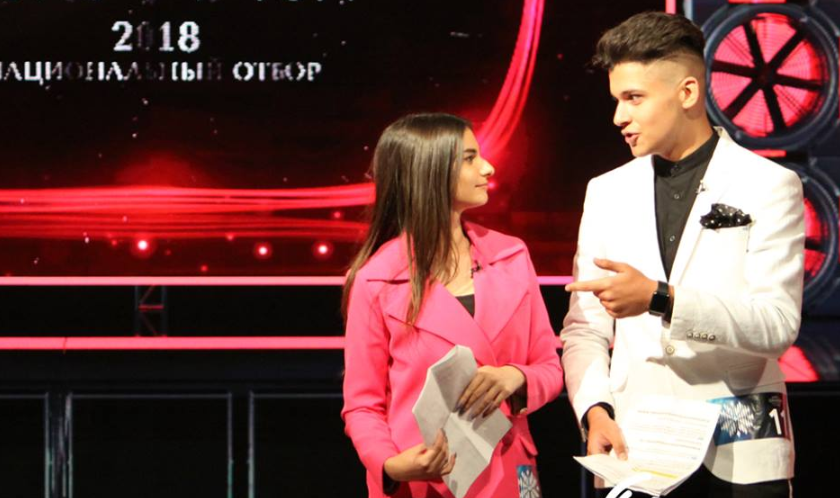 Today BTRC has held the casting to select the faces that will host the Junior Eurovision Song Contest 2018 on November 25. More than 30 candidates have shown their hosting skills in front of the show director Gordon Bonello at the broadcaster’s studios.

“Many of the candidates came to the casting from other cities and from abroad. The selection was held in live mode in the largest studio of the media holding. The applicants were asked to improvise. The main criteria are fluency in English and great on-camera presence. The contestants worked with a high-definition camera. Based on this video, experts will make the final decision.

Gordon Bonello, show director of Junior Eurovision 2018, came to the casting from Malta. He will oversee the preparation of the hosts for the show. The applicants were offered to learn a welcome monologue and a dialogue. Pairs of potential hosts were formed randomly. We will learn the results of the casting very soon”, said BTRC.

A few days ago, the Belarusian broadcaster revealed that around 100 candidates had applied to host the contest live from Minsk. Among the hopefuls there were some familiar faces, former Junior Eurovision entrants Kseniya Sitnik (2005 winner), Nadezhda Misyakova (2014), Ruslan Aslanov (2015) and Helena Meraai (2017) had applied to present the competition. Also, the female host of Junior Eurovision 2010 Leila Ismailova, as well as the Eurovision final presenters Angelica Pushnova and Alen Hit, had submitted their application.

You can see a few pictures of the casting below: