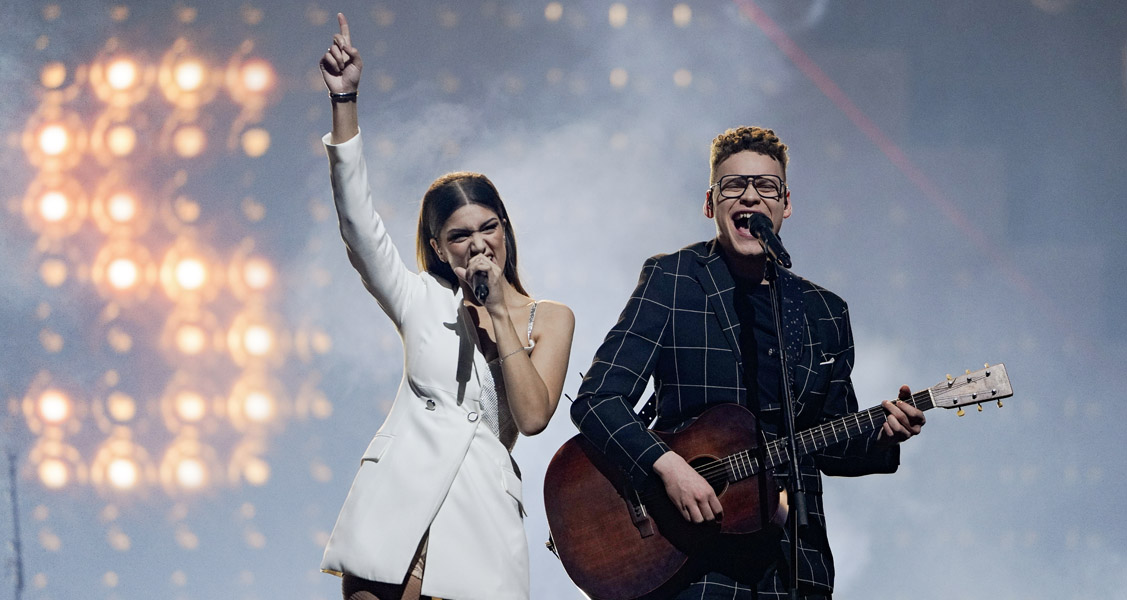 Tonight at the Royal Arena in Copenhagen the ten acts that either made the final through a jury pre-selection or the radio semi-final competed to be the Danish act at Rotterdam in May.

The first round of the show saw the ten acts perform in the following order:

After the acts performed, the top 3 acts by a combination of jury votes as well as televotes (50/50 split) advanced to the super-final.

The jurors taking part in this year’s selection were:

The top 3 were announced as:

After these three performed once more, the public got a chance to vote for their favorite to represent Denmark at Eurovision in Rotterdam. The winner was announced as Ben and Tan and they will sing the song ‘Yes!’ on the big stage in Rotterdam.

Are you happy about saying ‘Yes!’ 22 times in a song? Let us know in the comments.