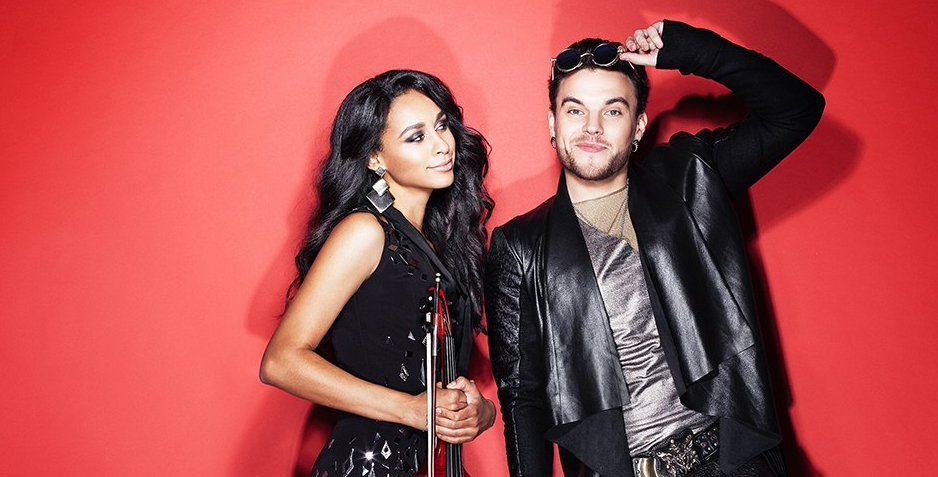 The Belarussian representatives for Eurovision 2015 Uzari & Maimuna have just presented the final version of their entry “Time”, listen to it below:

Uzari & Maimuna will be waving the Belarussian flag in Vienna after winning the national final which took place a few months ago. The duet has been actively working on their final version during the last weeks to bring the best arrangements to the Eurovision stage. Watch a report below:

In the new arrangement of the song “Time”, the sound of Maimuna’s mid-19th century violin becomes more vivid and Uzari has improved the English accent with the help of his singing teacher.

In the coming days, Uzari & Maimuna will proceed with filming a music video. In a film crew competition, which featured 19 production companies, preference was given to Belarusians. Judging by the script, the music clip will be full of visual effects.

Stage costumes for the Eurovision participants are being prepared by Belarusian fashion designer Olga Bukhal.

Belteleradiocompany is currently working on promotional products. This year, Belarus’ representatives are not going to take any music CDs to Eurovision. Instead, the promo package will include such souvenirs as hourglass-shaped memory sticks and magnets.

5 thoughts on “Belarus: Listen to the final version of “Time”!”