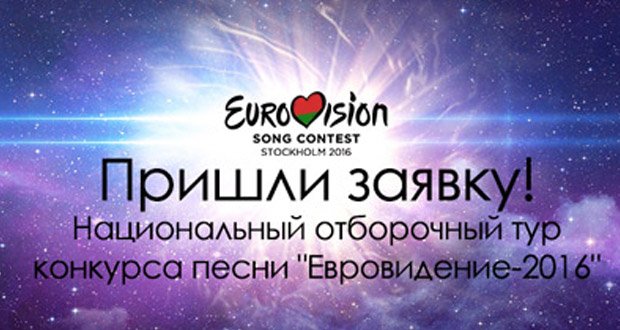 Two days ago, BTRC revealed that only full televoting would be deciding the act representing Belarus at the 61st Eurovision Song Contest in Stockholm. Today, more details have come out to light, as the open call for applications regarding the entries has already begun.

Two stages will divide this year’s selection process: the auditions and the televised final show no later than the 25th of January. A panel will be in charge of picking the acts taking part.

”Songs (music and/or lyrics) that have not been sold/distributed via the Internet, forwarded to radio and television via any media (audio cassettes, CDs, mini-discs etc.) or performed publicly until 1 September, 2015 have the right to take part in the project. The maximum duration of a song is three minutes” following EBU’s rules concerning the songs.

The Regulations are available on Belteleradiocompany’s official website clicking by HERE. The official printed medium to publish information regarding the contest is the newspaper SB Belarus Today.

If you want to apply, all you have to do is posting a valuable parcel to the following address: 20807, Minsk, ul. Makayonka, 9, Belteleradiocompany. The deadline is 21 November, 2015.

Are you hoping for Belarus to take the trophy this year? Stay tuned for further details regarding their participation at the 2016 Eurovision Song Contest!