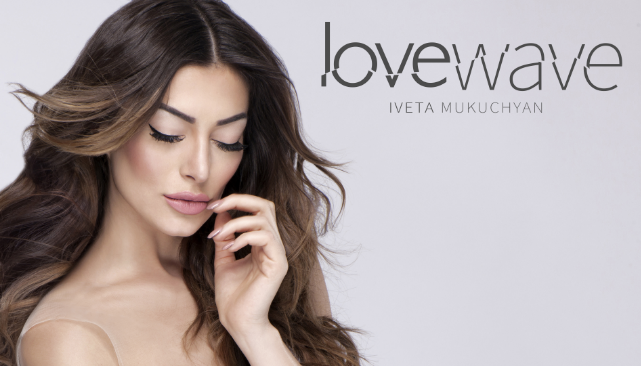 Armenia has released the official lyric video for this year Eurovision song “LoveWave”, to be performed by charming talented singer, model and actress Iveta Mukuchyan.

Below you can enjoy the lyric video of the unique and very emotional song “LoveWave”:

The song “LoveWave” has been composed by Lilith Navasardyan and Levon Navasardyan, who also co-composed the Armenian song for the Junior Eurovision Song Contest 2015, “Love”, as well as Aram Mp3’s song “Not Alone”, which he performed at the Eurovision Song Contest 2014. Both songs achieved successful scores in Europe. Thus, Iveta is to follow their success this year. As for the lyrics of the song, Iveta herself was the writer along with Stephanie Crutchfield.

Iveta says:- We received more than 300 songs for the contest. I’ve personally wrote 4 of them. But as soon as I heard this one, I knew that was it. There was absolutely no doubt. The melody reminded me of waves – big, beautiful and powerful. It grows becoming bigger and bigger March 25, 2016 Yerevan, Armenia to finally explode and calm down in a single moment, preparing to rise again. In the first part of the lyrics there is a sentence that I think describes this song the best: “It’s like I’ve stepped out of space and time and come alive.”

Stephanie Crutchfield says: –It was very challenging to come up with lyrics to such an extraordinary song. And that’s what inspired me and Iveta. We didn’t want to do something standard that everybody would expect.

The song was premiered along with its official video clip on March 2 and, since then, the song has gained more than one million and a half views on YouTube.

Lately, Iveta has announced on social media that she will perform “LoveWave” live for the very first time on April 3 at the Eurovision Russian pre-party to take place in Izvestiya Hall.

What do you think about this year’s Armenian entry for Eurovision? Let us know in comments!