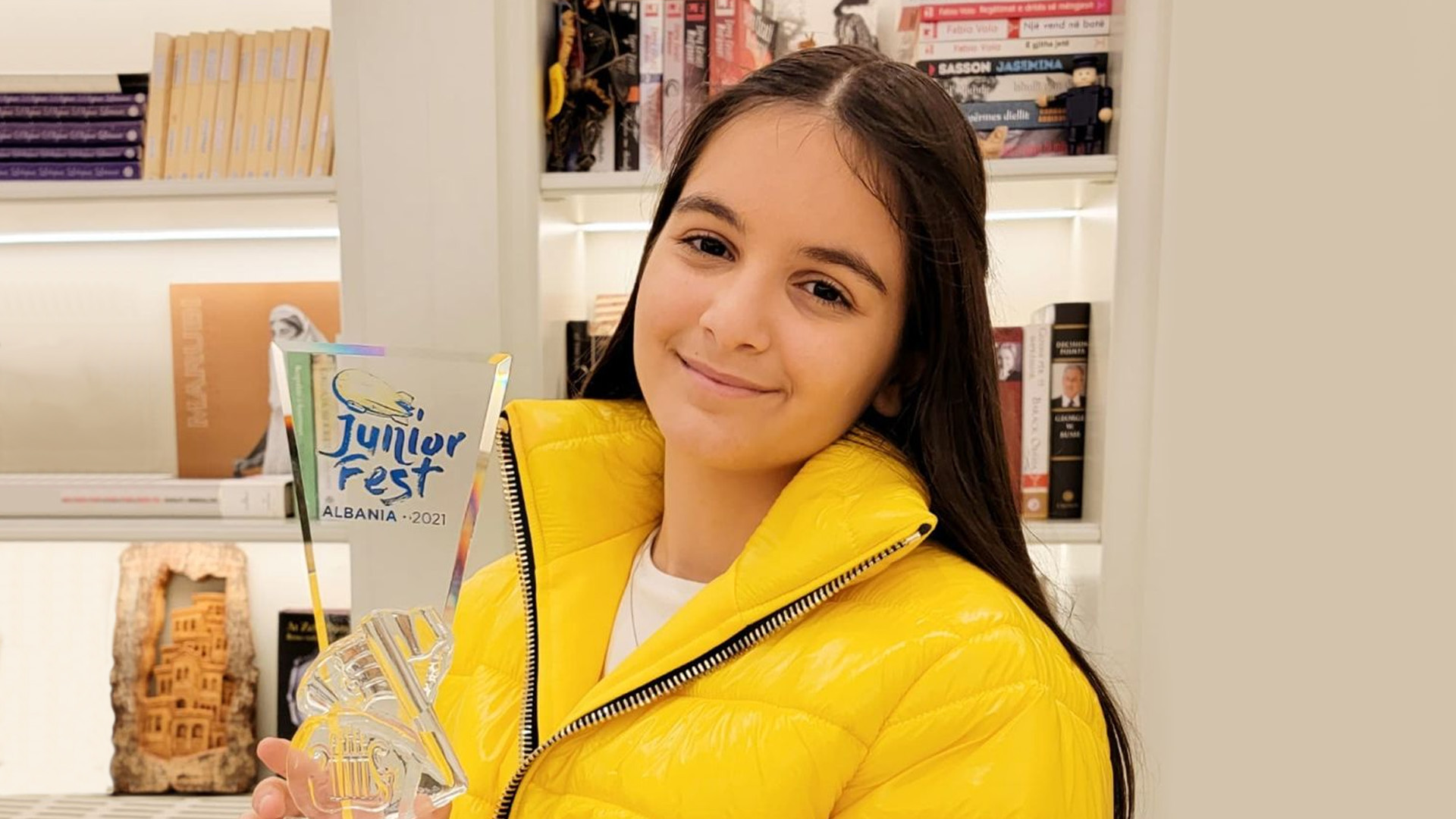 Anna Gjebrea has just won Junior Fest 2021 and will represent Albania in Paris. After confirming the return to the contest last August, Albania announced that it would use the Junior Fest as a selection method for Paris.

Anna Gjebrea has been selected by RTSH to represent Albania at Junior Eurovision 2021 next December in Paris, after her short break last year due to covid19.

Junior Fest will be broadcast next week on RTSH prime time. The winning song was “Stand By You”, composed by Adam Watts, Gannin Arnold, Sanni M’Mairura and Endi Çuçi

Albania will participate for the seventh time in Junior Eurovision next December, The country reached the best position of it in 2015, when Mishela Rapo was in fifth place with her song ‘Dambaje’. In the rest of the participations they have obtained a 12th place, two 13th places and two 17th places in the rankings, the last one achieved in 2019 by Isea Çili and hers Mikja Ime Fëmijëri