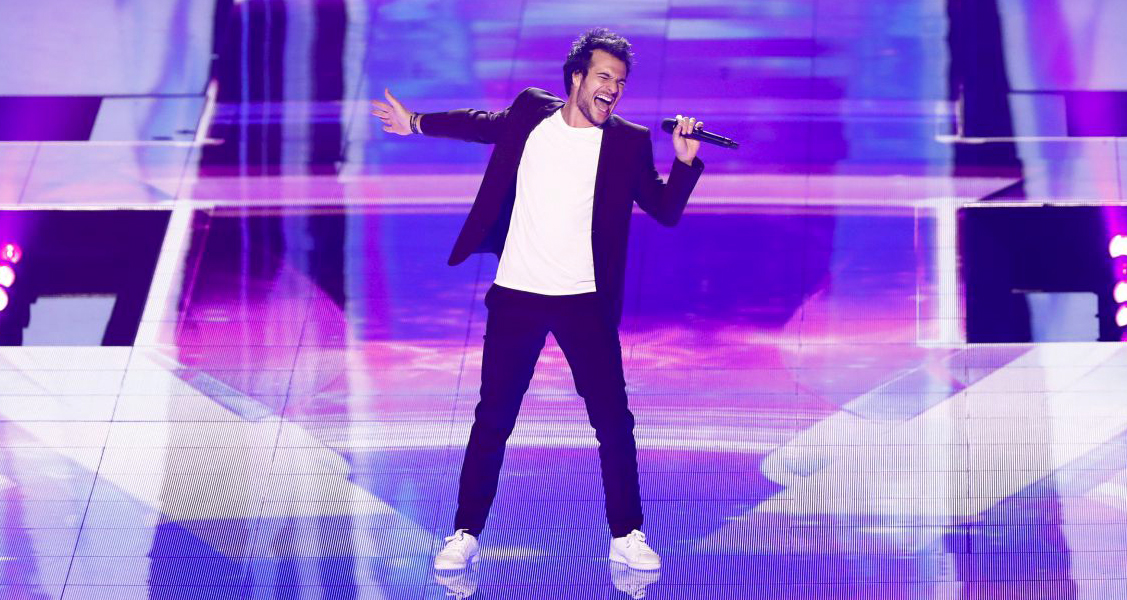 The 2016 MTV European Music Awards were hosted live from Rotterdam on Sunday evening, and amongst the winners, were two Eurostars. None other than French 2016 representative Amir Haddad, and Polish 2016 national final star Maragret.  Both winning the Best Acts of France and Poland respectively, in a vote that was decided solely by televotes.

Amir was overwhelmed when he received the award, posting on Twitter a picture of the Globe Trophy and adding “When you hold, for the first time, the love of your audience in your hands. Thank you, thank you, thank for the wonderful award”.

Amir is about to embark on a tour of France and Switzerland starting November 11th in Paris right through until May 27th in Hirson, France. So winning this award will make it even more sweeter for him to go on the road to meet all the fans that helped him on the road.

Amir represented France at Eurovision 2016, with song “Jai Cherche”, and after an extensive promotional tour before and during the contest, finished 6th giving France their best result since 2002, where they finished 5th with “Il Faut Du Temps”.

She may have not won the Polish national final, Krajowe Eliminacje, in 2016, somewhat surprisingly, but Margaret walked home with the fan voted award at the MTV EMA’s for Best Polish Act. Thanking her fans and the support from her team from her record producers and record label right down to her hair and makeup team adding “I feel super special that I am able to work with such inspiring people”.

Margaret earned 2nd place in the national final, being beaten by Michał Szpak who went onto Eurovision finishing 8th in the Grand Final, thanks to mainly televote, giving Poland their best result since 2002 when they finished 7th with “Keine Grenzen-Żadnych Granic”.

It isn’t the only award that