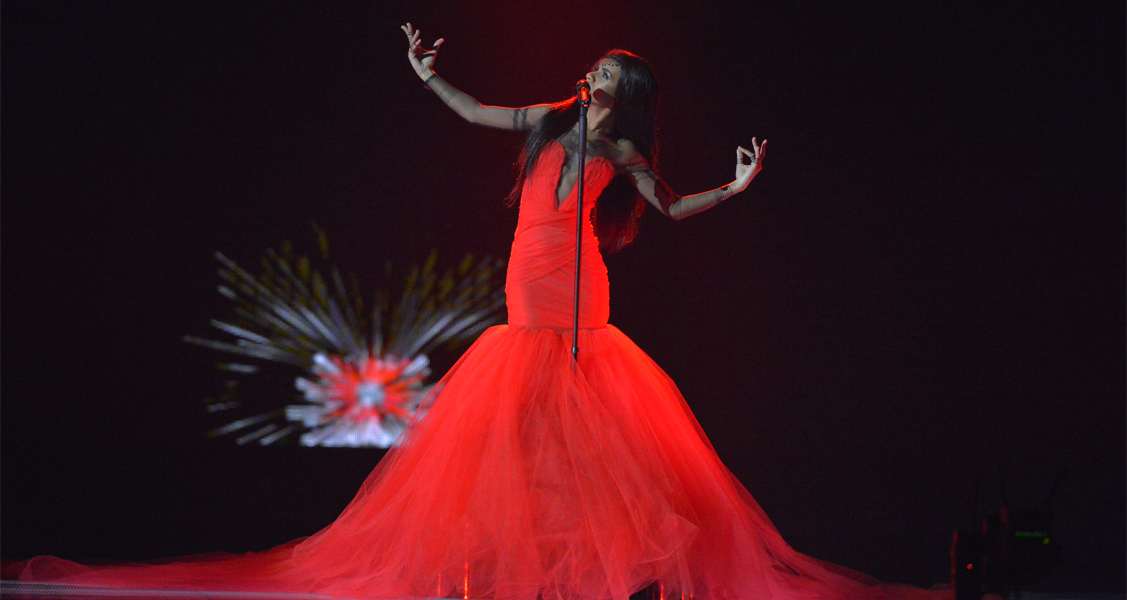 Earlier this year, Latvian Eurovision representative, Aminata Savadogo, auditioned for the fifth series of The Voice Of Russia. After impressing both Polina Gagarina and Dima Bilan (who represented Russia at Eurovision in 2015 and 2006, 2008 respectively), who both turned their chairs around during her blind audition; Aminata chose to join the team of fellow 2015 contestant Polina Gagarina.

She made it through to the knockout round, singing moody balad “Obernis” and up against other contestants on Polina’s team – Adelina Moiseyeva and Katya Kovskaya. Despite the powerful performance which you can see below, it failed to help her make it through to the next round, when Polina chose not to take her through to the live shows. Polina chose to save Katya first fairly quickly, but her second decision to save Adelina was much harder for her to choose, and it was evident that Polina was very uncomfortable doing so, since she knew Aminata already from Eurovision.  In tears, Polina got up on stage to console Aminata, but being a true warrior, she thanked her coach and the other judges for all the help she had received during the show so far. Sadly this is the end of the road for Aminata in the competition, bet rest assure that this is not the last time we will see her on stage.

Aminata appeared in Eurovision 2015 when she turned around Latvia’s fortunes in the contest with her song “Love Injected” finishing in 6th, their best result since 2005. She also was the songwriter for Justs song “Heartbeat” which represented Latvia the following year finishing 15th in the Grand Final. Whether she will appear as an artist or songwriter in Supernova 2017 remains to be seen. Be sure we will have news from Latvia soon.