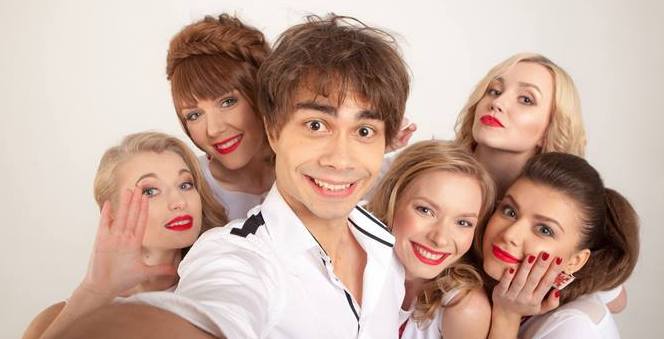 Alexander Rybak’s song for the Eurovision 2015 Belarusian national selection has just been presented:

The girl-band Milky will perform the song “Accent” at Belarusian national selection. The song is composed by Alexander Rybak, winner of Eurovision 2009.

“A couple of years ago I was thinking of all the people in the world, and how they speak English with their unique accent. Then it hit me: I want to make a song that shows one of the most beautiful accents and the most beautiful language: Belarussian!

So I gathered a group of girls from all over Belarus, and made a song for them where they can show our language, our accent, our beautiful culture. the group is called “Milki” (which means cuties in Belarusian).” Explains Rybak.

Alexander Rybak became the winner of Eurovision 2009 with the song “Fairytale” representing Norway (Belarusian-Norwegian double nationality). He earned the highest tally any country has achieved in the history of Eurovision.

After his victory at Eurovision, he has tried entering the contest as a composer and writer. This is his second attempt for Eurovision 2015 as he was the composer of Franklin’s “Still Here”, one of the Maltese candidates.