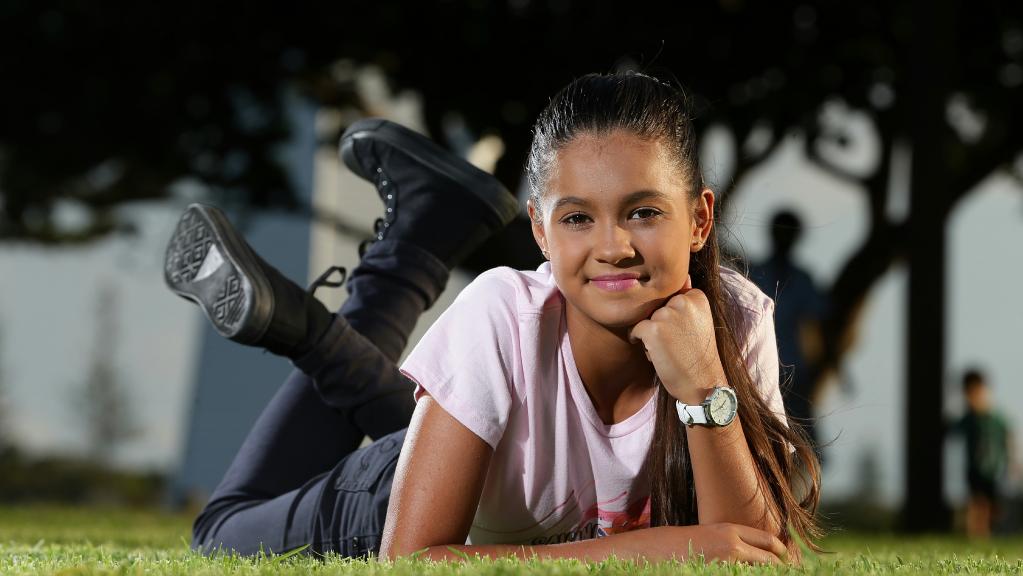 At this very late in Europe (or already morning in ”Down Under”) the Australian entrant at this year’s Junior Eurovision has been announced by SBS and the EBU on their official YouTube channel at first.

The singer is no other than Australia’s The Voice Kids winner of the only edition until the date Alexa Curtis. Australia enters the competition for the second time in-a-row as a guest after coming 8th with Bella Paige’s ”My Girls” in Bulgaria last year.

Bella Paige was curiously the runner-up of the first series of The Voice Kids in Australia. Now, her fellow partner will follow her footsteps and will go onto the Junior Eurovision stage at the Mediterranean Conference Centre in Valletta, Malta on the 20th of November.

A bit more about Alexa!

Alexa captured the hearts of Australia as the inaugural winner of the Nine Network, The Voice Kids 2014 when she was 10 years old.

She went on to record The Voice Kids compilation CD followed by a highly successful national tour. Alexa’s very first single “Playground” was released through Universal Music. She featured in the 2014 NSW Schools Spectacular and Vision Australia’s Carols by Candlelight at the Sidney Myer Music Bowl in Melbourne.

In the summer of 2015, Alexa graced the stage with live and televised performances at the iconic Sirromet Winery for Redland City Christmas by Starlight and Brisbane’s Riverstage for the IGA Lord Mayor’s Christmas Carols. She’s an artist happiest on stage or in the recording studio and relishes any opportunity to engage with her loyal fans.

Who’s got the power? In 2016 Alexa embraced her pow factor to voice the energised theme song for Cartoon Network’s rebooted “Powerpuff Girls” for Australia and New Zealand.

She’s blazing into the next phase of her still-young career where she continues to astonish audiences with her powerhouse natural tones and charismatic vibrant personality.

Now, she will go abroad and break limits between continents and represent Australia at the forthcoming Junior Eurovision Song Contest in Valletta, the capital city of Malta, next November 20th.

Alexa said: “I was so excited when I found out that I would be representing Australia at the Junior Eurovision Song Contest in Malta. I think I am still a little bit in shock to be honest. I would like to thank SBS for this once in a lifetime opportunity. I know it’s going to be a crazy experience but I just can’t wait to get over there and do what I love doing most: singing for people. I can’t wait to perform my song. I really love it and hope Australia and the rest of the world will too”.

Do you like the choice SBS has made for this year’s contest? How do you see Alexa’s skills on stage? Tell us what your thoughts are and stay tuned for upcoming information in due course about Australia in the Junior Eurovision 2016!