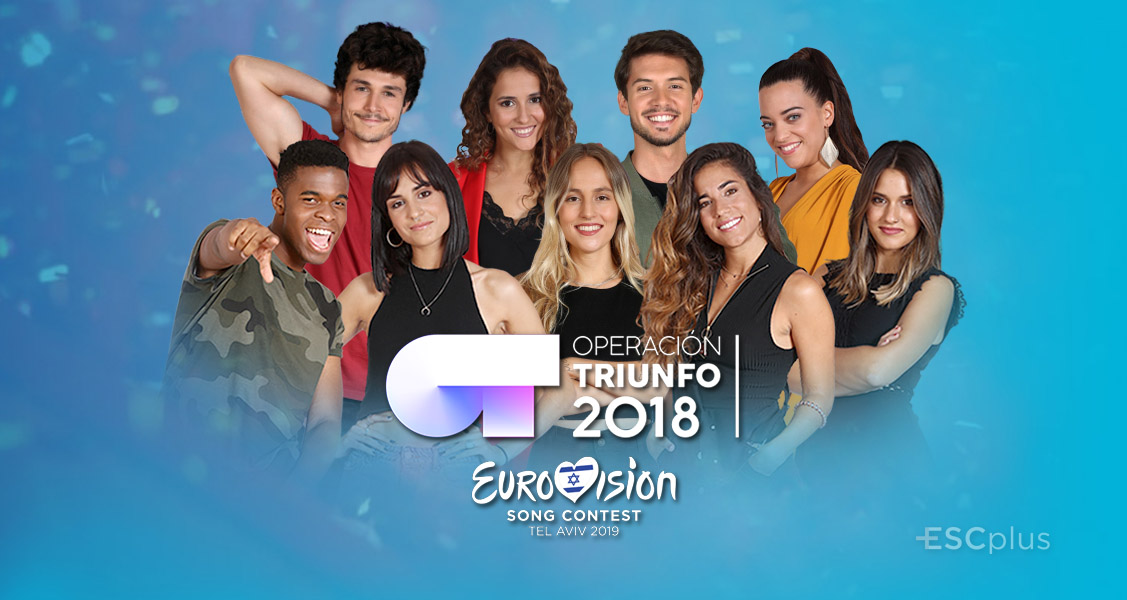 Fiesta, lights and glitter! RTVE is ready to go through its next Eurovision experience by choosing tonight the act that will represent the country in Tel Aviv

Decision time in the Iberian peninsula, this time in Spain, which is ready to give us this year’s second 2019 Eurovision entry. Tonight, Radio Televisión Española (RTVE) will select the artist or artists as well as the song that will fly the Spanish flag in Lisbon. As you know from several weeks back, well-known and popular TV music competition Operación Triunfo has been used once again as the selection process of the Spanish act for the Eurovision Song Contest. This also happened in the past when Rosa, Beth, Ramón and Amaia & Alfred got their well-deserved ticket to the contest back in 2002, 2003, 2004 and last year respectively.

Tonight, out of the following ten possible combinations, only one of them will get the right to step onto the ESC stage in May:

The winner will be solely selected via 100% televoting in just one round: Phone-lines, SMS and app-voting will open during the show and the audience will be able to cast their vote in order to pick the best option for Israel.

The show will be introduced by TV personality Roberto Leal, who has been in charge of conducting the weekly TV show since it began in September.

A panel of music and TV experts such as Eurovision 2012 representative Pastora Soler, Spanish commentator and radio host Tony Aguilar, Operación Triunfo judge Manuel Martos and Israeli composer behind ‘Toy’ Doron Medalie will help the public choose the act that will represent Spain in Tel Aviv but their say will not make any final impact on the eventual outcome.

As presumed, Amaia & Alfred could be handing over the right to represent Spain at Eurovision to the winner at the end of the show, although one performance is already clear to happen: Eurovision 2018 runner-up Eleni Foureira from Cyprus will sing her Eurovision entry ‘Fuego’ and her last track ‘Tómame’.

All Operación Triunfo 2018 contestants are also expected to perform their own rendition of Netta’s ‘Toy’. You can tune in to watch the Spanish national final tonight at 22:05 (CET) by clicking HERE.

Polls and fans predictions show that Maria or Miki could be taking the win with their enjoyable tunes either ‘Muérdeme’ or ‘La Venda’, respectively.

Will this time be a lucky one for Spain at Eurovision? Will the Spanish audience make the right choice tonight? Stay tuned to ESCplus tonight to find out who will be singing for Spain at this year’s Eurovision Song Contest!