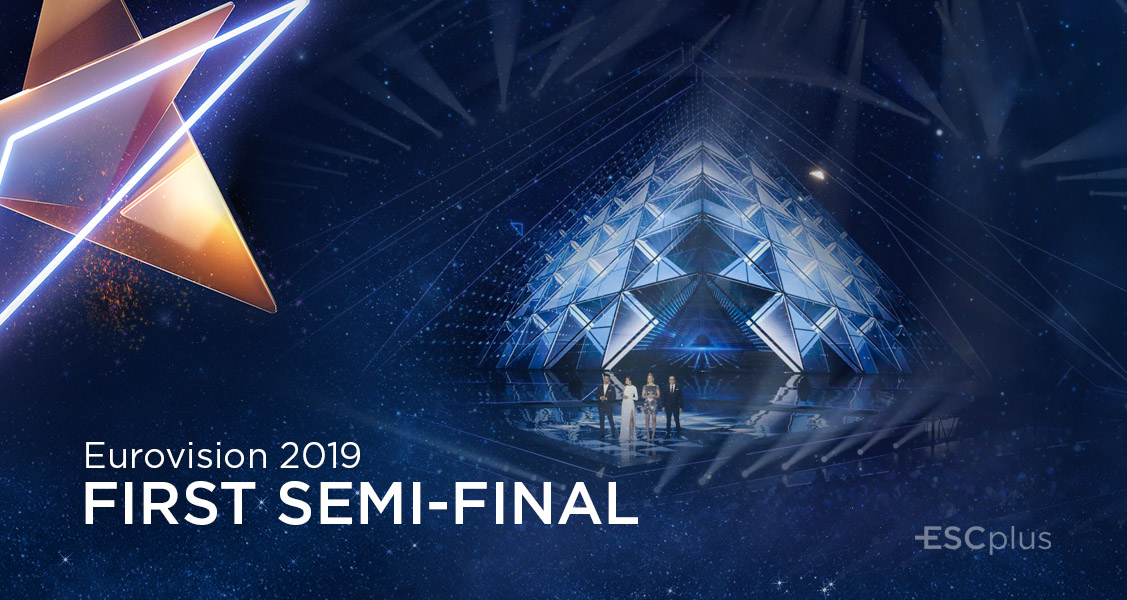 The First Semi-Final of the Eurovision Song Contest 2019 will be held today live from Israel. Seventeen countries will compete for one of the ten spots available in the Grand Final on Saturday.

The Israeli supermodel Bar Refaeli and TV presenter Erez Tal will be the main hosts of the show, that will take place at Expo Tel Aviv. Two more hosts will be at the Green Room to talk with the performers during the show, Assi Azar and Lucy Ayoub.

Apart from the participating countries, these are the direct qualifying countries that will vote in the First Semi-Final:

Today’s show will feature guest performances by the last year’s winner Netta and Dana International, who won the competition for Israel in 1998. Netta will open the semifinal performing her winning song ‘Toy’ in a special version along with a bunch of dancers. Also, the viewers will be able to watch a sneak peek of the Big 5 performances by Bilal Hassani, Miki and Kobi Marimi, who are automatic qualifiers.

Follow the First Semi-Final of Eurovision 2019 live from Tel Aviv at 21.00 CET on our Multi-Window Live Feed.