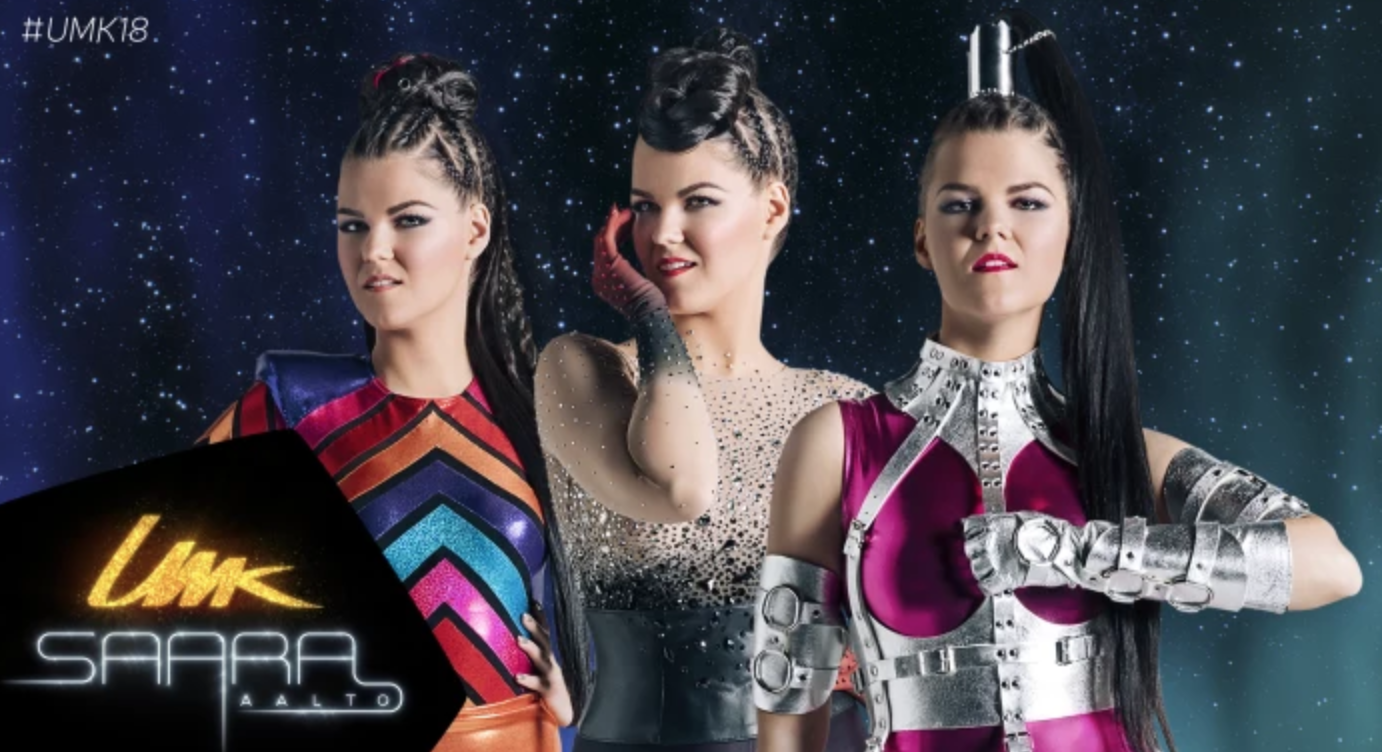 One star and three different planets! Which will be in the running competing for this year’s ESC glory in Lisbon?

The time has finally arrived for one of the most worldwide recognised Finnish artists Saara Aalto to present the three tracks that she has been working on for the past months, in order to achieve something big at Eurovision. One out of three will be having the honour to be performed on stage at the first semifinal of this year’s contest in May.

The three songs that will compete for the win are:

The show will take place live from Espoo’s Metro Areena, which had already embrace this production on several occasions for the last few years and it will be hosted by ESC 2013 act Krista Siegfrids alongside Mikko Silvennoinen.

Former Spice Girls member Mel C will also share UMK’s stage as well as Krista, who will go on to perform during the opening act. As Saara publicy revealed, a big professional team is now ready to impress the viewers with high-quality standard of performances as well as show production itself.

Saara will put herself on the three costumes that we can see as the cover picture of the article, from “Monsters”, then “Domino” to eventually wear the one for “Queens”, respectively from left to right.

Both international jury and public votes will be combined (50/50) to make up the final result. Viewers will be able to vote via UMK official app, SMS’ or phone calls.

You can tune into our multi-window platform by clicking HERE to follow the appointment from 18:00 (CET) onwards.

Will song do you want to fly the Finnish colours in Lisbon and will follow in Norma John’s steps in the competition?