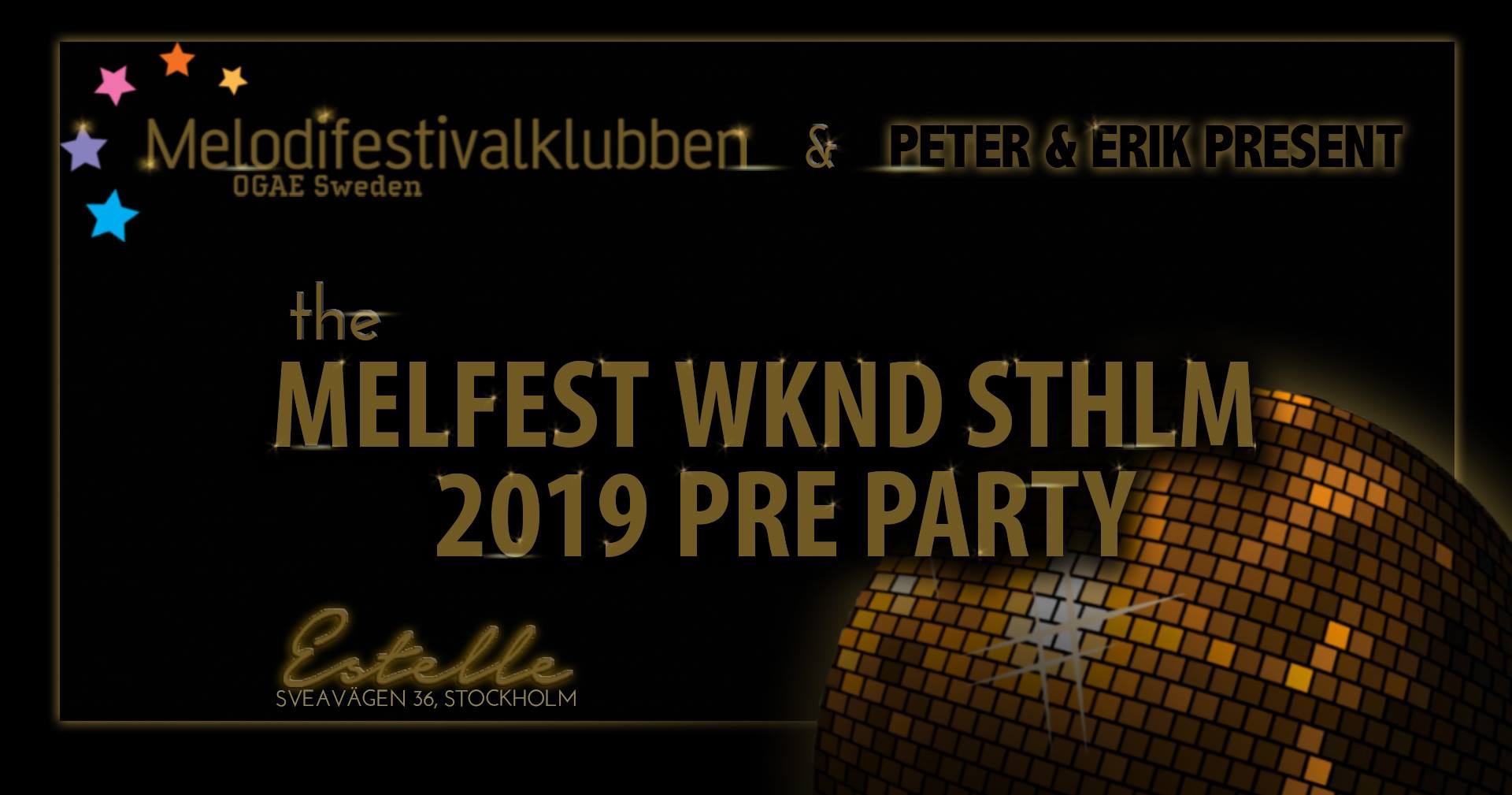 Big excitement ahead of Sweden’s biggest TV show, Melodifestivalklubben invites you all to its Melfest Wknd Sthlm 2019 Pre-Party tonight!

The official fan club of the Eurovision Song Contest in Sweden, Melodifestivalklubben is getting ready for the big night tomorrow and for this reason gearing up for what is to come in Friends Arena is worth a bunch of parties and fan gatherings. This is not unsual and every year the board of the club comes up with the idea to bring some Melfest and Eurovision related artists to perform in front of the audience in some locations around Stockholm.

This year is not different and some Eurovision 2019 singers as well as some hot fan-favorite national final singers from Europe in the past few years have been approached and will in Stockholm tonight to sing for the fans at Estelle (Sveavägen 36, Stockholm), the line-up looks as it follows:

DJ Ronny from Swedish magazine QX is expected to play and mash up the biggest hits of both the Eurovision Song Contest and Melodifestivalen till very late in the morning. Doors of the club will close at 5:00 AM.

You can purchase your tickets clicking by HERE both the ‘meet & greet’ & official party or just the party itself. At the ‘meet & greet’ fans will be able to take some selfies with the artists as well getting some autographs or have a little chat with them and share their impressions. If the organization is running out of more tickets online, several more are expected to be offered at the entrance of the club.

If you are in Stockholm for the final of Melodifestivalen, do not miss it out! The club is also arranging an after-party for tomorrow’s evening right after the show in Friends Arena. Stay tuned for exclusive content from our team in the city attending the event!