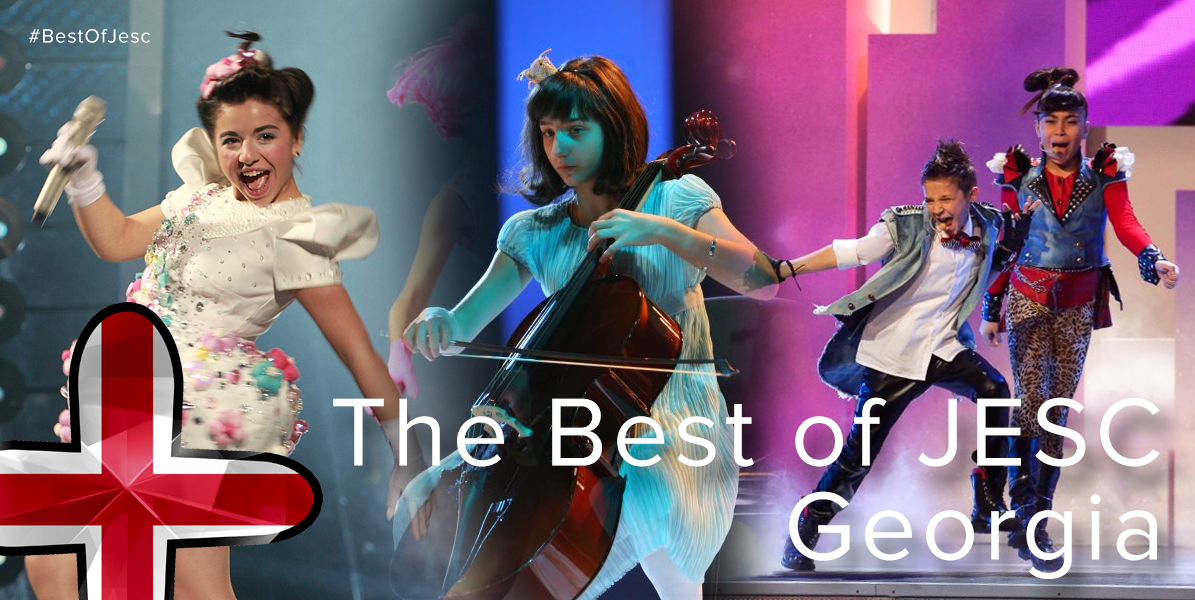 It’s time for Georgia, the country which has won twice!

GEORGIA IN THE JUNIOR EUROVISION

Georgia’s first entry was Mariam Romelashvili with the song Odelia Ranuni, which finished fourth of 18 entries at the contest in Rotterdam in 2007. Georgia was represented in 2008 by Bzikebi with the song Bzz.., performed in an imaginary language. The song went on to win the contest, receiving 154 points and a total of eight 12-point votes out of 14 countries, the second-highest proportion of 12 points received by a winner in either Eurovision Contests, just beaten by Anastasiya Petryk in 2012.

In 2009 Georgia sent the group Princesses with the song Lurji prinveli. It placed 7th being the worst Georgian result so far. In 2010, the broadcaster selected Mariam Kakhelishvili to represent Georgia at the Junior Eurovision Song Contest 2010 in Minsk with the song Mari-Dari. Being one of the favourites she finished at 4th place with 109 points.

In 2011, Georgia won the contest again with the band Candy who performed the song Candy Music. The song won the competition with 108 points making Georgia along with Belarus the only countries to win the contest twice.

In 2012 in Amsterdam, the Funkids took part with their song Funky Lemonade and came second after Ukraine. For the 2013 contest, the Smile Shop carried the Georgian flag in Kiev with Give Me Your Smile, placing 5th with 91 points. 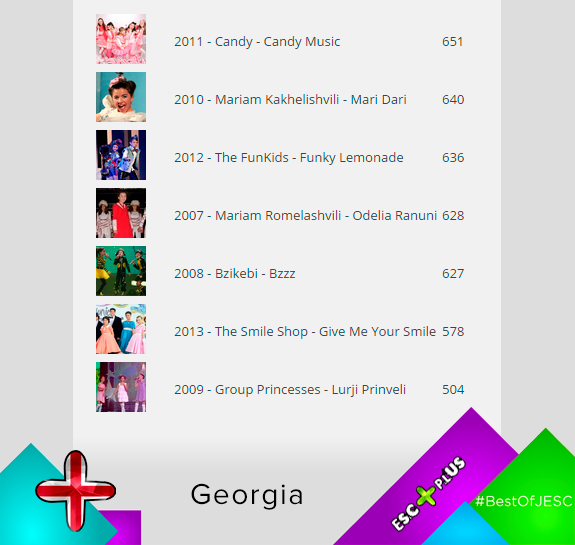