The second country is Croatia which won the first Junior Eurovision ever!

Croatia has entered the Junior Eurovision Song Contest four times, first entering in 2003. Croatia was the first winner of the contest, with Dino Jelusić winning for Croatia with “Ti si moja prva ljubav” in Copenhagen.

After problems occurred with the prospective host for the 2004 Croatian broadcaster Hrvatska radiotelevizija (HRT) stepped in to host the contest. However, this was later abandoned after it was revealed the venue HRT had planned on using for the contest was to be in use during the period of the contest.

HRT withdrew from the 2007 contest, due to expense and difficulties in broadcasting the contest live.

Croatia’s best result was their win in 2003, and their worst result came in 2005 when Lorena Jelusić, Dino’s sister, came 12th with “Rock Baby”. 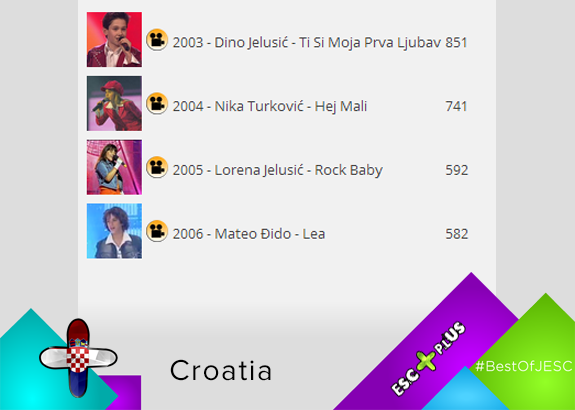