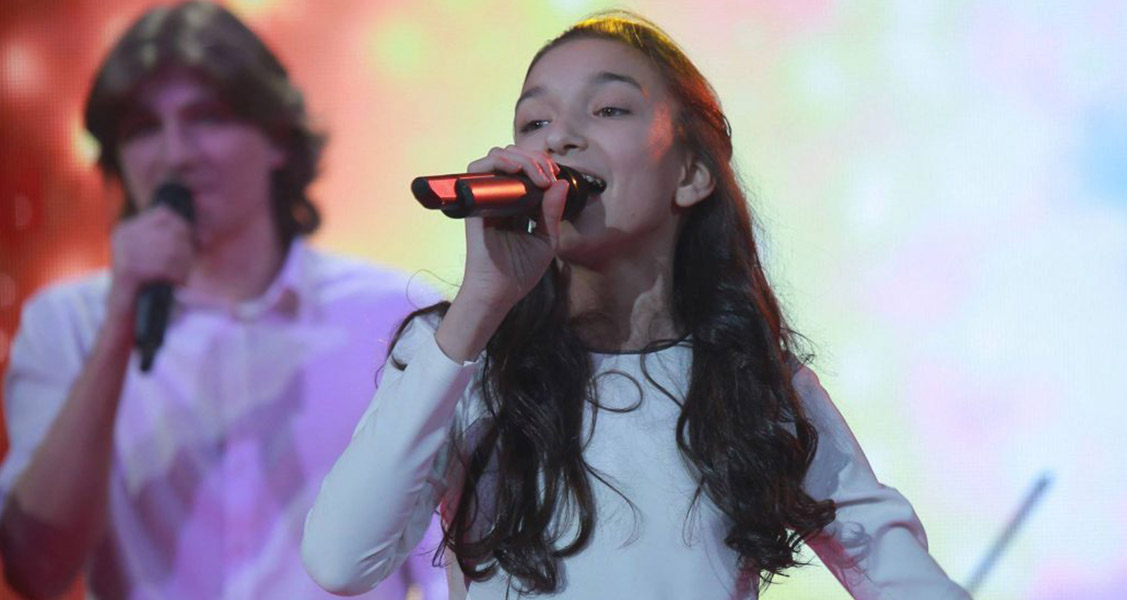 GPB has announced that Tamar Edilashvili will represent Georgia at the Junior Eurovision Song Contest 2018 following her first place at the talent show Ranina. The final has taken place today with Anastasia Togonidze and Nikoloz Vasadze coming runner-ups.

Tamar Edilashvili is a 12-year-old singer from Georgia that rose to fame when she made it through to The X Factor Georgia in 2017. She was one of the youngest contestants along with the last year’s representative Grigol Kiphisdze.

This year, GPB has run a brand new television project to select their next Junior Eurovision representative. A call for artists aged between 8 and 13 was launched in October 2017 and the best voices went through to the televised shows. Ranina lasted three months and was made up of around 15 shows that featured the best voices of the country performing cover songs along with a live orchestra and famous Georgian artists.

The song Tamar will perform will be presented at a later date, but it’s no strange that the track will be composed by Giga Kukhianidze as he has been behind almost all the Georgian entries in the history of Junior Eurovision.

You can watch all the Ranina shows and videos on the official YouTube channel of the project. The final is available below: