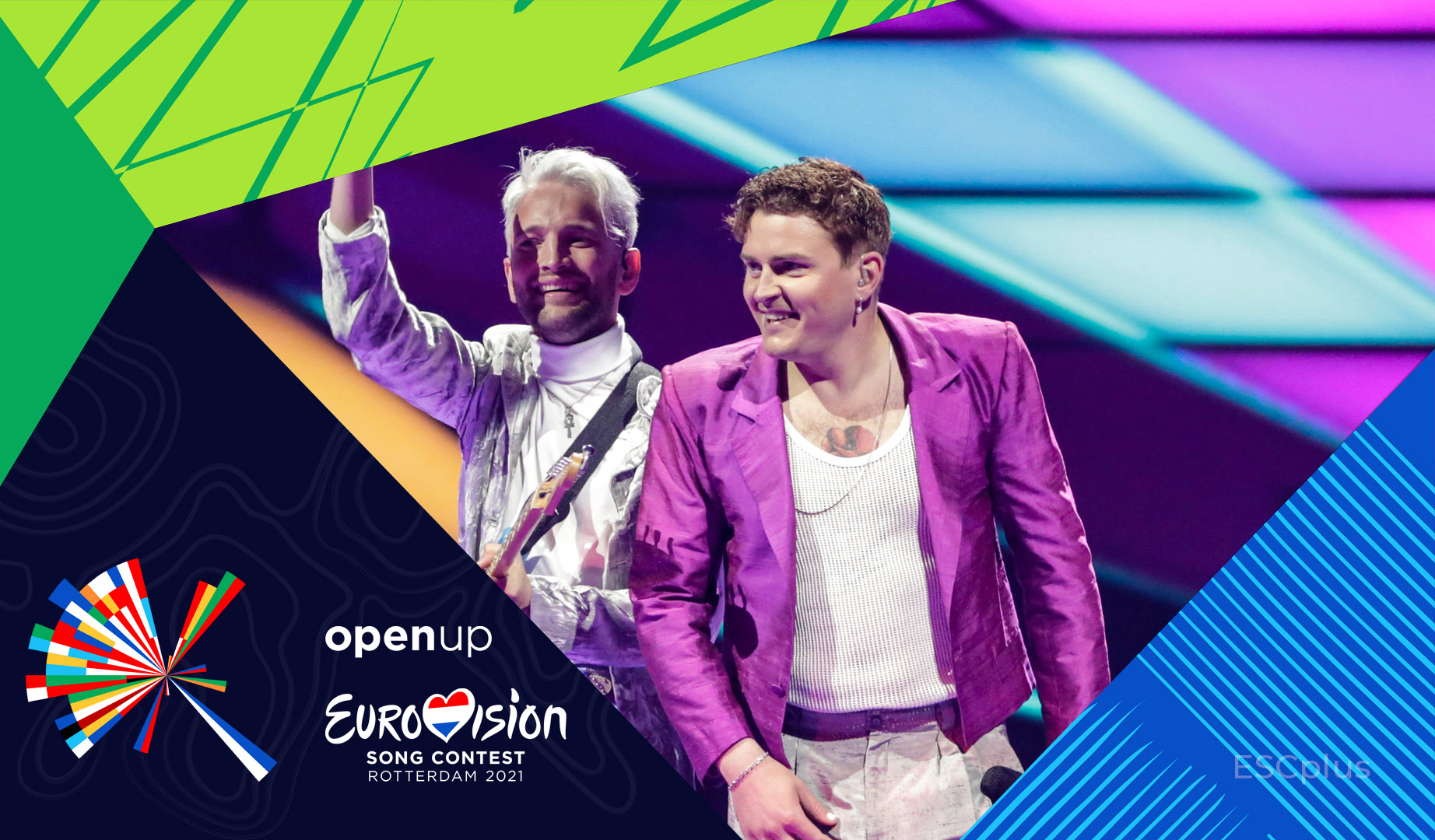 A few moments ago, the EBU published visual content about the first rehearsals of the Danish delegation on the stage of Eurovision Song Contest 2021.

Here you can see a fragment of the first Danish rehearsal:

“Teenage idols your parents can understand!”, that’s how duo Fyr & Flamme describe themselves.

The duo (singer Jesper Groth and writer/producer Laurits Emanuel) felt a creative spark when they discovered they share a passion for Schlager and Eurovision songwriting, specifically from the late-1970s and 1980s.

Already popular in their home country, the pair of synth supremos have had big hits with their singles Kamæleon and Menneskeforbruger.

Øve os på hinanden (Practice on Each Other) is inspired by Dansk Melodi Grand Prix bops of the past, borrowing from those ‘70s discos tracks and ‘80s beats that force listeners to get up on their feet and stomp on over to the dance floor.

Laurits resides in a small town in Jylland with his wife and two kids, writing and producing songs, while popular comic actor Jesper lives in Copenhagen where he has become a popular face on TV and in theatres.