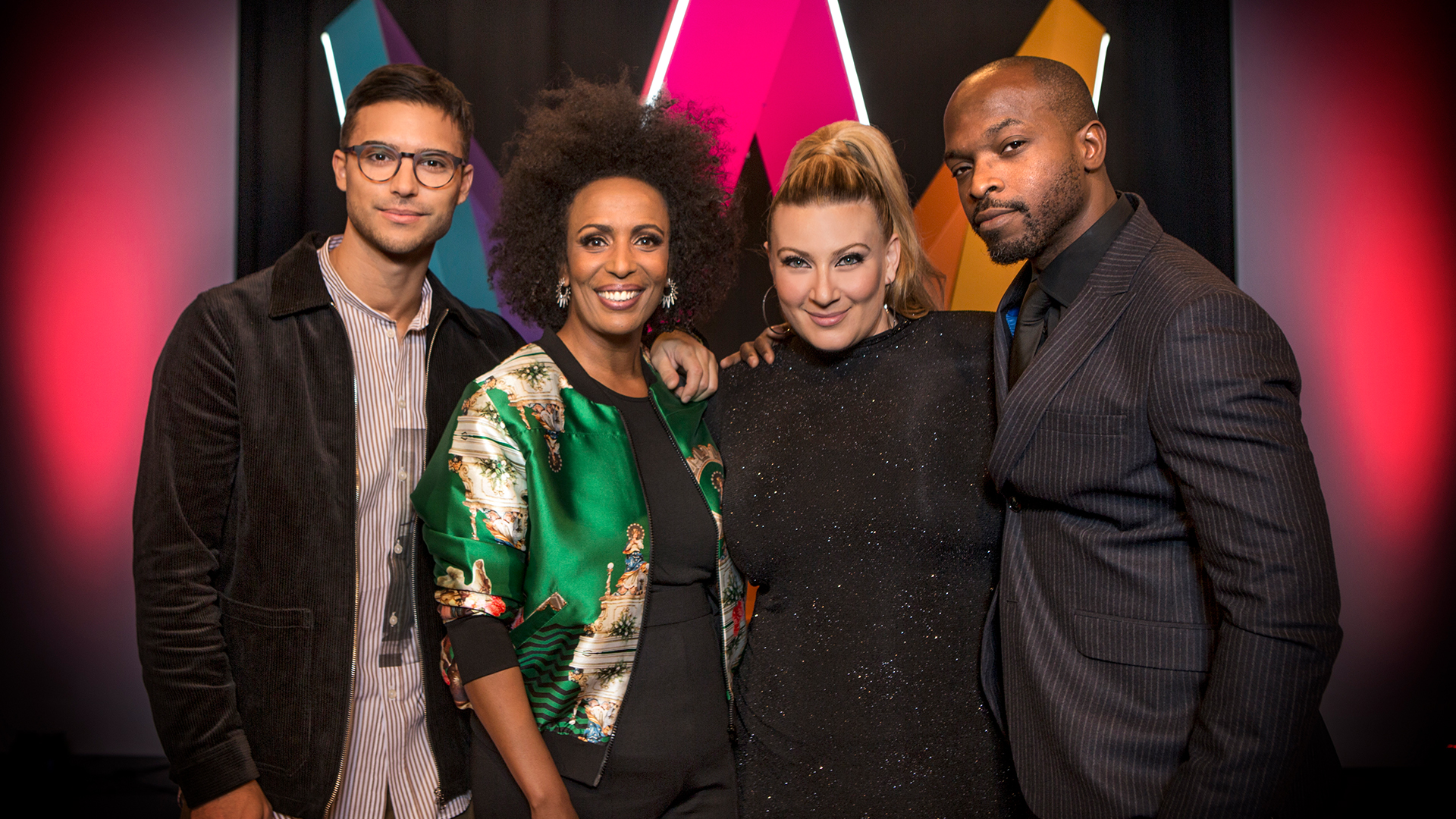 A press conference took place moments ago at the headquarters of SVT revealing the hosts of the most popular music show in Sweden.

“Throughout the summer I was on the Diggiloo tour and forced the audience to scream “Marika for Mello” in the hope that I could compete. Now I will not compete, but instead, I get the great honor to lead Melodifestivalen, along with the best people in the world, after me of course”, says Marika Carlsson.

“It feels like joy mixed with fear and a dull humility. I’m looking forward to working with my colleagues and getting started”, says Kodjo Akolor.

“Leading Melodifestivalen feels like a great way to end the circle. Although I’m basically not a program host, it’s always fun to lead a context filled with music. It feels natural in some way!”, says Eric Saade.

“It feels exciting to work together in this constellation. Everyone complements each other and can do different things and we have become a bit of a family already. Since I led the 2012 edition, I’ve accumulated much more program management experience that I feel comfortable to contribute. I can’t wait!, says Sarah Dawn Finer.

Christer Björkman, executive producer of the show, said “It will be warm, generous, crazy, fun and hopefully a little unexpected. This year’s hosts remind of a bustling sibling couple. This feels amazing!”

Some background information about the hosts in order to get to know them a little better:

Marika Carlsson: Marika Carlsson is new to Melodifestivalen, but is an established talk show host in the radio. She has been named twice “Female Comedian of the Year”. With her own performances and the great Diggiloo tour of the summer, she has got Sweden to laugh. We also saw Marika in the “Bäst i test” on SVT.

Kodjo Akolor: Kodjo Akolor is also new to Melodifestivalen. He is a comedian and an award-winning radio program director. For example, he has participated in the “Bäst i test” entertainment program, as well as in the “Det stora racet” on SVT. He has also been the program host for Musikhjälpen for many years. In the mornings you can hear him at Morgonpasset on P3 radio station.

Sarah Dawn Finer: Sarah Dawn Finer has both competed in and been the program hostess for Melodifestivalen several times and in 2012 she wast SVT’s Christmas hostess. At the beginning of the year, Sarah was lead SVT’s “Så ska det låta” and this autumn she is currently in the SVT series “Sarah’s sound of musicals”. Sarah is also a popular Eurovision profile sung for around 200 million viewers during the finals in Malmö 2013 and in Stockholm in 2016.

Melodifestivalen 2019 kicks off on 2/2 in Gothenburg.