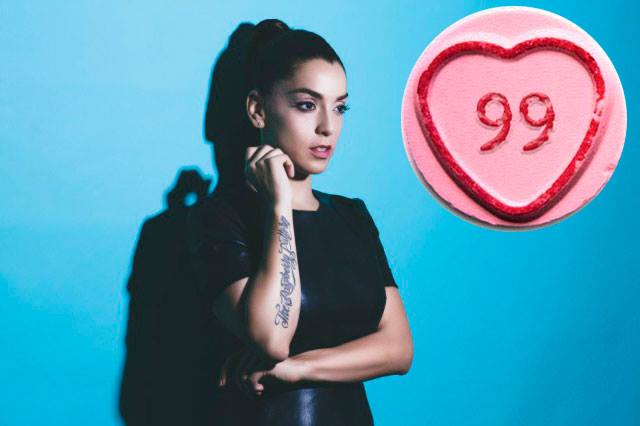 The beautiful and stunning girl who represented Spain at last year’s Eurovision Song Contest has released her first track in English language after her first debut album, which was released almost a year ago, back in October 2014. All the tracks included were in Spanish except her Eurovision entry, ‘Dancing In The Rain’.

Now she bets for a mid-tempo, something catchy with sounds which can be compared to Taylor Swift’s beat, as they both share Swedish composers. The song is written and produced by Andreas Öhrn and Chris Wahle and mastered by Björn Engelman in Stockholm. Andreas is well-known at writing songs for popular singers in Sweden, such as Robyn, The Knife, Lykke Li, Röyksopp, The Sound of Arrows or Miike Snow.

You can purchase the song or listen to it on official media channels such as:

Ruth will also reedit her album, unveiling exclusive new songs in English and some collaborations with Spanish artists, names yet to be revealed. It’s expected to be premiered next mid-October.

We also came across her today, at TVE’s headquaerters where she was invited to disscuss some topics afflicting the current Spanish society at ”La Mañana de La 1”. Watch and listen the message she sends to all Eurovision fans in Europe!

Would you be excited to see her back at the most important European TV production? We’ve been aware of her interest on coming back after she got the 9th place for Spain in Copenhagen!