Edurne, the Spanish entrant at this year’s contest, is now doing very busy rehearsing, preparing for her performance and getting ready for the ESC week in Vienna, moreover we also know a new slightly revamped version of Amanecer will be coming soon. Whilst this happens, she also had time to record the Spanish version for the 2015 film adaptation of very well-known Disney’s Cinderella, called ‘Soñar’ (A Dream Is A Wish Your Heart Makes). 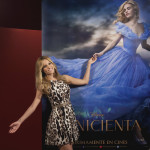 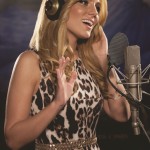 The song was written by Mack David, Al Hoffman and Jerry Livingston especially for the film in 1950, sung by Ilene Woods. For this year’s adaptation of the film, the English version was recorded by Lily James who also plays the main role. Among the stars who recorded the track throughout the years, we can find Cher or Hilary Duff.

You can watch the official clip where Edurne features, clicking by HERE.

Ruth Lorenzo, last year’s Spanish representative in Copenhagen did the same prior to her experience in Eurovision, even before winning the Spanish final.

Do you like the passion on Disney’s films by the Spanish representatives at the contest? Edurne’s symphonic version and on-stage version are just around the corner! Stay tuned for coming news about Spain in the Eurovision Song Contest 2015!