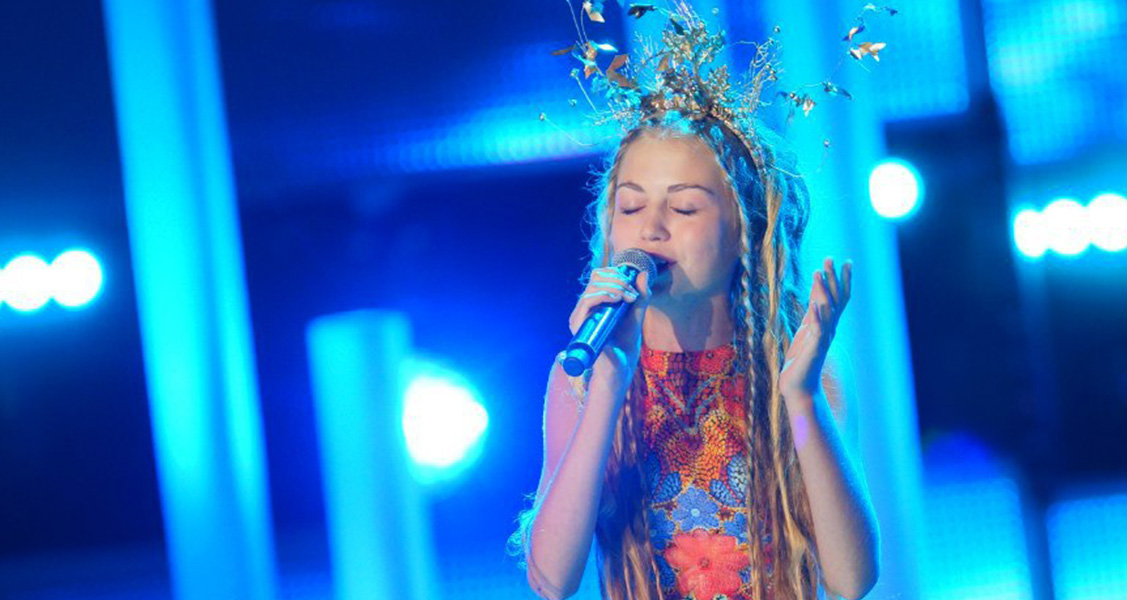 The broadcast of the Russian national final for Junior Eurovision 2016 has just finished and we can now reveal the name of the winner for everyone.

Russia held yesterday the grand final of their national selection for Junior Eurovision 2016 in the Artek Children Camp of Crimea with the winner being announced during the recording of the show. After the final, the name of the Russian representative for this year’s edition was leaked by the audience which attended the event, so we could reveal it before the broadcast of the show.

The 14-year old singer Sofia Fisenko will represent Russia in Malta with the song “Zhivaya Voda”:

Sofia Fisenko is a very experienced singer from Tulskoy (Russia). The young artist had already tried to represent her homeland at Junior Eurovision in 2013 finishing 3rd in the national selection. The same year, she was selected to compete at The Voice Kids where she reached the round of “Battles”.

A total of 16 songs were performed at the final show finishing as it follows:

The winner was selected by a 50-50 mix of on-line voting and jury panel results. The on-line voting, which was open for about 20 days, ended with Sofia Fisenko in first place followed by Duet FRIENDS and Maria Zhuravleva. The jury which determined the other half of the outcome was made up of: Igor Krutoy, Lev Leshchenko, Filipp Kirkorov, Irina Dubtsova, Evgeniy Krylatov and the Russian representative at Junior Eurovision 2015 Misha Smirnov.

What do you think about the Russian choice? Let us know in comments below!