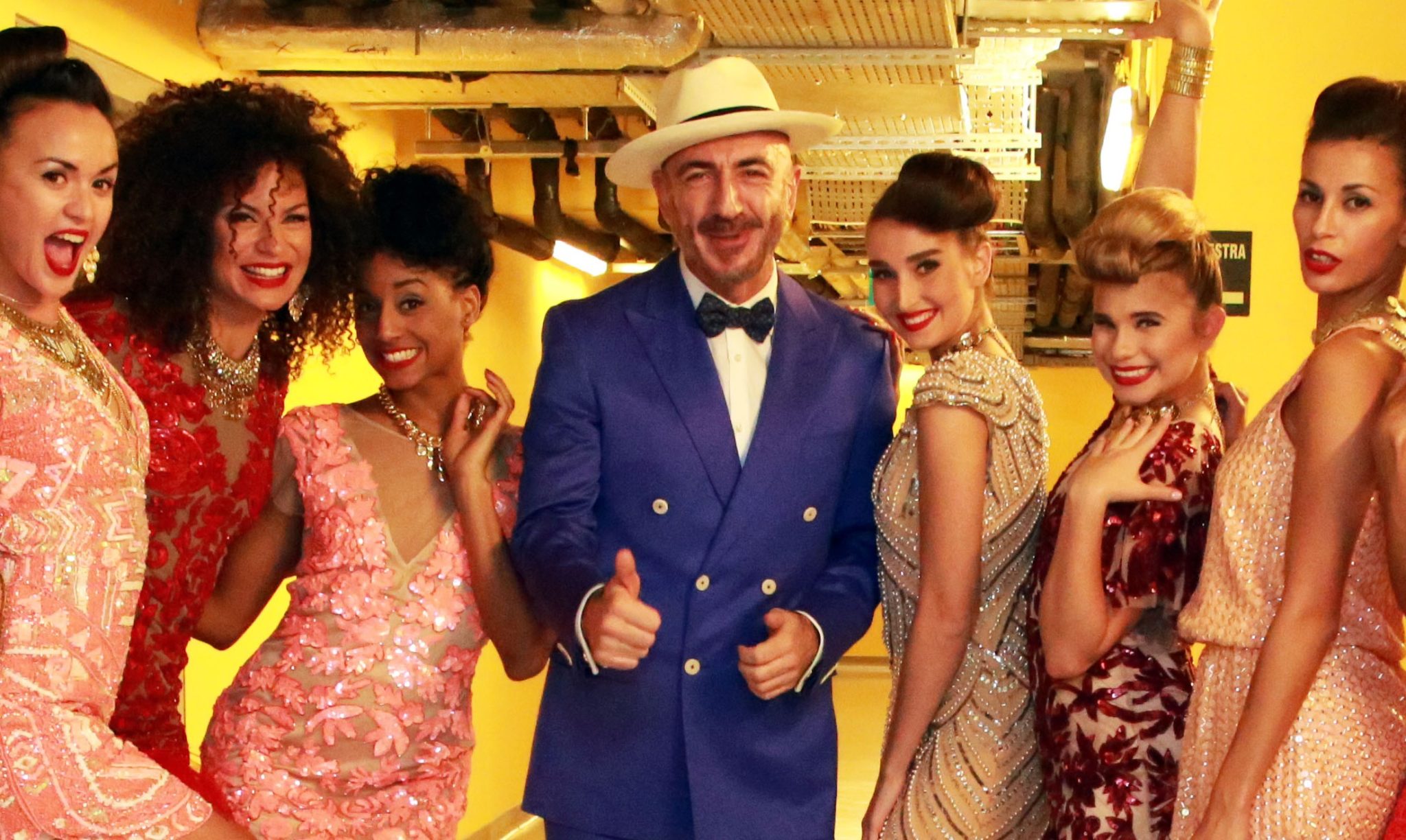 Serhat will wave the Sammarinese flag at Eurovision 2016 in Stockholm. The announcement has been made at 11:25 CET  at a press conference which took place at SMRTV headquarters in San Marino, hosted by Carlo Romeo and Alessandro Capicchioni.

These past days, rumours were running fastly through the internet and said that it was a Turkish singer who would represent the country in Sweden and it has now been revealed as true.

51 year-old-singer Serhat is originally from Turkey, being a producer and television presenter who was born and raised in Istanbul. In recent years, Serhat has worked in both France and Germany with his most recent single being released in 2014 entitled Je m’adore. The song charted in the top 10 in Germany, France, Switzerland, and the United Kingdom. He loves singing in different languages but properly, for this experience, he will use Italian. The song is yet to be released, though.

Serhat started his producing career by establishing his own company in 1994, End Productions. In the same year, he also started to produce and host a quiz show on TRT called Riziko! (Turkish version of the American quiz show Jeopardy!). In 1997, with his first single, “Rüya-Ben Bir Daha”, his musical career began. Beside his other hosting and producing works, he continued his musical career and released “Total Disguise” (duet with Viktor Lazlo) in 2004, “Chocolate Flavour” in 2006, “I Was So Lonely”, “No No Never (Moscow-Istanbul)” and “Ya + Ti” (Russian version of “Total Disguise”, all of three songs were duets with Tamara Gverdtsiteli) in 2008 and “Je M’Adore” in 2014.

His unexpected knowledge of the contest and international music world is surprising and the broadcaster was also hit by the beauty of the song and of the project, coordinated by 23 Music. But it was undoubtedly persuading as his perfectionist style and his outstanding, unceasing, creative passion for the music and for the Eurovision Song Contest.

He now becomes the tenth confirmed artist for this year’s Eurovision Song Contest and will succeed Anita & Michele’s footsteps in the contest. Will he manager to qualify to the grand final and achieve it for the second time after Valentina Monetta in 2014?

Stay tuned for upcoming details on the Sammarinese participation at the 2016 Eurovision Song Contest, taking place in Stockholm, Sweden on May 10,12,14.