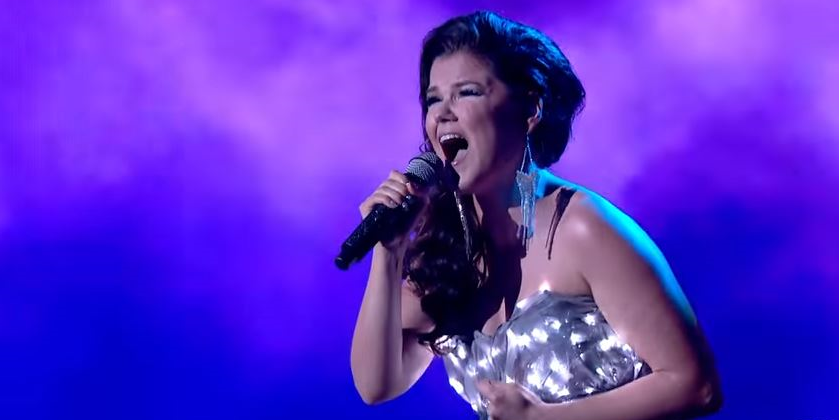 She has done it! Saara Aalto, from the Finnish national selection UMK, has made it through to the Grand Final of The X Factor UK. She is now in the final 3 contestants, who will battle it out to become the 13th winner of the competition and perhaps go onto become the Christmas Number 1 in the UK music charts.

She was announced as being in the top 2 after this weekend’s vote with fellow contestants 5 After Midnight. Onto next week to see if we can crown her the winner.

Last night saw Saara Aalto take to the stage twice during Christmas Week takin on Mariah Carey’s festive hit “All I Want For Christmas Is You” and then the song that she thought would get her through to the Grand Final – Sia’s “Chandelier”. Which certainly got her through to the final next week. Saara Aalto didn’t have an easy ride either, being in the bottom 2 three times during the course of the competition.  But she really did change her fortunes and now will go onto next week with the hopes of winning the whole competition, and remains the favourite at the bookies.

Saara Aalto has tried to represent Finland at Eurovision a total of three times with songs “Meant To Be”, “Blessed With Love” and “No Fear”, the latter two of which finished second in the Finnish national selection for Eurovision in 2010 and 2016. Maybe sometime soon we will see her return for another try. But for now we will concentrate on next week’s Grand Final at The X Factor UK.

Good luck to Saara Aalto from everyone at Esc+Plus.