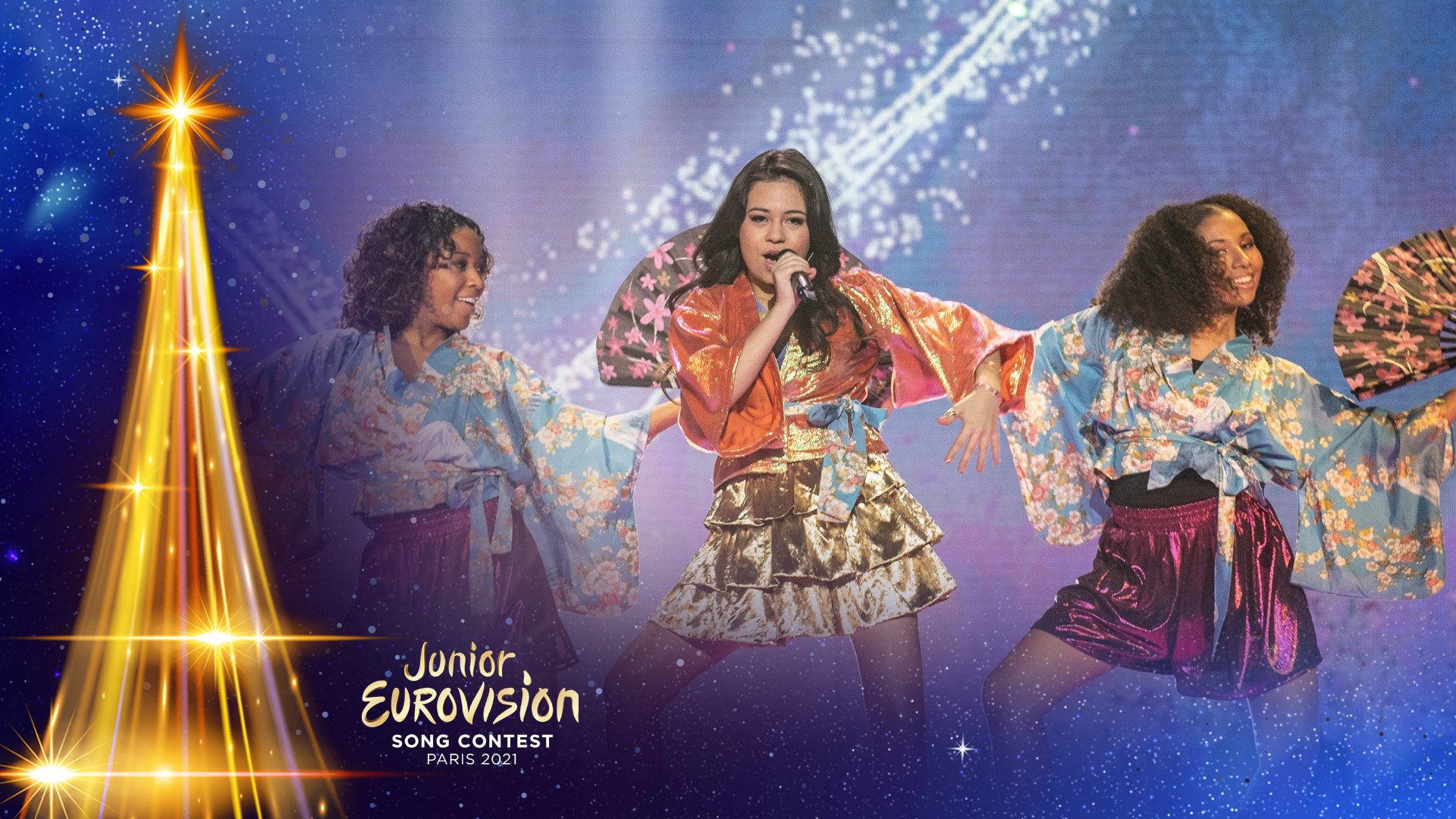 Earlier today there was an official online press meet and greet with the Dutch contestant of this year’s Junior Eurovision Song Contest, Ayana.

Ayana will represent the Netherlands with the song “Mata Sugu Aō Ne”, which means freely translated “See You Soon” in Japanese. The thing that is very mesmerizing about Ayana is how bubbly and positive she is.

We were very excited to ask Ayana about her experiences in Paris so far, what her plans are for Christmas, but also to who she dedicates her participation upcoming Sunday.

On the question what her hobbies are Ayana answers that she obviously likes to sing, but also to dance, and those are of course two of the things that she is most definitely going to do during the upcoming days. Next to that, Ayana likes to sow. She is a highly creative person, and she also likes to hang out with friends a lot. Ayana is just a very outgoing girl, which shows in her hobbies.

On that question she answered Pink, because Pink can sing really well and dance at the same time. During concerts Pink even does trapeze acts while singing. In this regard, Pink is someone Ayana looks up to, and is inspired by.

What does Ayana like most about her participation so far?

Ayana likes most that she has already been in Paris two weeks ago, so that she could enjoy the city a bit more than she can do now. She really likes Paris, and especially all the great landmarks of this beautiful city. Next to this, she likes that she got to meet new people, like the other performers she is going to be on stage with during her performance.

Does Ayana have a ritual before going on stage?

Yes, she does, and it is a really beautiful ritual. Ayana has a picture of her Japanese grandfather, because Ayana is half-Japanese. Before going on stage Ayana talks to her grandfather, and by doing so she gets the power to give her ultimate best on stage. This ritual has helped her a lot to achieve great goals, like winning the Dutch national final of the Junior Eurovision Song Contest 2021. She dedicates her performance on Sunday to her grandfather and other family members in Japan who she did not see for almost two years, because of the pandemic.

Soon it will be Christmas, a great time to present each other with a gift; what did Ayana ask for?

Well, Ayana likes to sow, so that also means that she likes clothes a whole lot. So, that is what Ayana asked for. That Ayana has her own great fashion style shows on stage, and her choice of clothes during all sorts of interviews and performances.

The theme of this year’s Junior Eurovision Song Contest is “Imagine”, but where does Ayana see herself in ten years?

This question Ayana answers with a huge smile, since she is excited about where life is going to take her. She replies that she probably is a student by then, and enjoying all that comes with it. Ayana foresees a bright future with lots of love, family, and friends.

We wish Ayana lots of luck in the upcoming days and of course on Sunday December 19th when the Netherlands is the 15th contestant to perform.