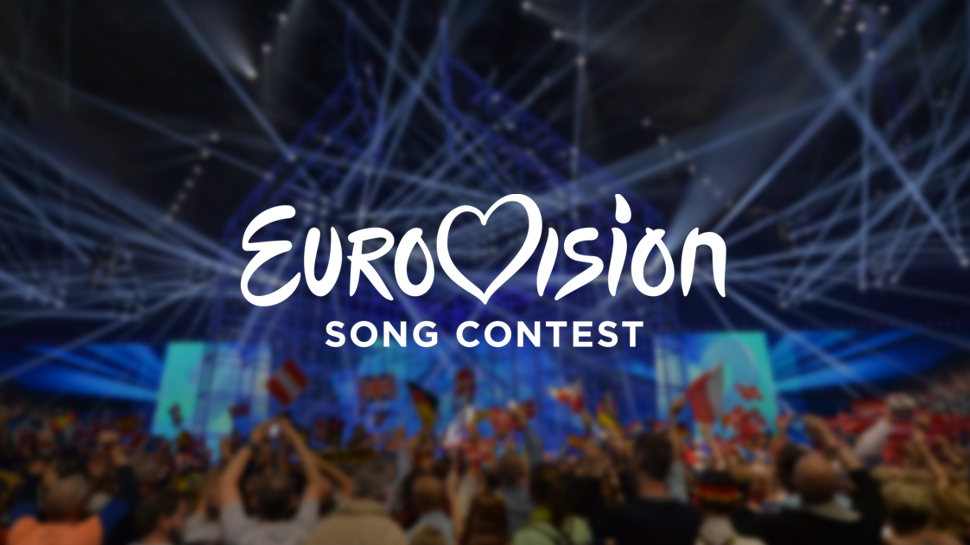 Sleepless nights. Distracted days. Messed-up mornings. Agitated evenings. Brain spinning with snatches of choruses and half-recalled lyrics. Mind numbed by a blizzard of unfamiliar artist names and song titles – and the massive challenge of (a) remembering them all correctly and (b) matching them together successfully. Yes, it’s time for that trickiest of Eurovision traditions: producing your very own, very personal list of all this year’s Eurovision runners and riders, in order of musical magnificence.

In life, some challenges are impossibly hard. Like convincing your mother-in-law that her daughter made the right choice all those years ago. Or finding the right sort of screwdriver at very short notice. Or respect the democratic right of other road-users to apply less-than-optimal driving skills in your immediate vicinity. Sometimes, the best way of tackling such a challenge is simply to ignore and/or avoid it. But sometimes there’s simply no alternative: you have to grasp the nettle, grab the bull by the horns (presumably after you’ve let go of the nettle) and hurl yourself at a task that makes the Labours of Hercules look like a quick game of Junior Scrabble.

Producing a ‘personal preference list’ of the entire stock of any year’s Eurovision entries is just such a challenge. And now that Georgia has finally shown their hand, it’s a task that can be put off no longer for Eurovision 2018. It’s just got to be done. Like unblocking that sink. Like scraping out that ageing chunk of pâté from the back of the fridge. (A Christmas leftover – though I’m not exactly sure which Christmas.) Harder than slaying the Nemean Lion, more demanding than power-washing the floors of the Augean Stables, vastly more difficult than scrumping the apples of the Hesperides – no wonder Hercules never had a crack at it.

Of course, one of the great pleasures of this point of the annual Eurovision cycle – the start of the long ‘phoney war’ stretching from the moment when the last of the year’s entries is announced right up until ‘Big Week’ itself – is the ability to take a shufty at YouTube and sample other people’s hopeless efforts at coming up with a definitive Top 43. I mean, come on, guys! How can you ALL be wrong? And I mean ALL of you! If anyone from the EBU is reading this, would it be possible to set up a voluntary programme of ear-syringing for all those tempted to ‘go public’ in this way? I’ve looked at an awful lot of these Top 43’s already this year. And a lot of them are, appropriately, awful. In fact, I can confidently conclude that an awful lot of people have spent an awful lot of time coming up with awfully wrong answers. What an awful thought.

I’ve even had to come up with my own Top 43, of course, just to PROVE that this was the case. I also ran my results past two scientists, so my results MUST be correct. Admittedly, the scientists in question are a marine biologist and an organic chemist.  But even so, they’re clever people. And they both confirmed that, if you put all of this year’s entries in a petri dish and stuck a bunsen burner flame underneath them, all the songs would evaporate away with the exception of Cyprus’s ‘Fuego’, Ukraine’s ‘Under the Ladder’ and Macedonia’s ‘Lost and Found’ – proving their superiority to their rivals under laboratory conditions.

Coming up with my own Top 43 was, of course (and despite the fact that I was never going to go anywhere near YouTube with it), a good way of tying myself up in ever-tightening knots for the best part of 48 hours. I’m sure you’ll know exactly what I’m saying, but – when engaged in this task – it’s essential to make sure you close the window just in case your sense of perspective flies straight out of it. Twenty minutes in and you’ve managed to utterly convince yourself that this is an exercise of life-or-death importance.

Yes, it really MATTERS whether Lithuania is number 27, rather than number 28, on your list. It really MATTERS whether Belgium is just above, or just below, the Netherlands. It really MATTERS who’s propping up the list, just as much as who’s gazing pityingly down on their rivals from on high. Talk about investing a task with artificial significance! It’s a bit like when you screw up a piece of scrap paper and launch it at the waste bin on the other side of the room. Will it go in? Just to add a little frisson of excitement to the process, you find yourself mumbling “This is for Olympic Gold!”. Or “This one’s for world peace!”.

It’s exactly the same with an ESC Top 43. We fool ourselves into thinking that, on some cosmic level, it’s genuinely VITAL that we get it right, that we nail it, that we place Azerbaijan in exactly the right position in the hierarchy. Precision is everything. Get it wrong and governments may fall. A new Dark Age may descend on us. America may elect a controversial President. (Just imagine that…) And then we go away and agonise again. Did we get it right? No, of course not. No Top 43 is ever fiddle-proof. Just a bit of honing. Just a bit of fine-tuning. Just a bit more pointless agonising until the ecstasy of a final, irreversible decision has been reached. And then you change it again.

So here are my Top Ten tips to help you streamline a process that, if you’re lucky, won’t put up your blood pressure beyond the bounds of the medically acceptable:

2) Double Check: Ensure NO ballad has been allocated to the ‘Potential Classics’ category and that no more than ONE ballad is in the ‘Meh’ category. That’ll show you’re on the right track.

3) Listen to All the Songs Again: No need to do this with the ballads, of course.

4) Walk Around Your House/Flat/Garden for Several Hours: Quality thinking time is absolutely essential to the process.

5) Scribble Notes onto a Scrap of Paper or the Back of an Old Envelope: Make sure these are virtually UNREADABLE, to maximise the fun of deciphering your notes hours later when you’ve forgotten what they mean. Preferably LOSE the scrap of paper.

6) BREAAAATHE….DE-STRESSSSS…RELAXXXXXX: You’ll be quite wound-up by now. All part of the ‘fun’! Watch a bit of Telex and Tomas Ledin from Eurovision 1980 just to remind yourself of how high the stakes are.

8) Write Down Your Definitive List: You’ll find sleep deprivation will help hugely as you wrestle with the enormity of the problem.

9) Amend Your List Over the Following 12 to 18 Hours: Do this as often as you like. IT’S IMPORTANT!

10) Go Back on YouTube: Remind yourself how awfully superior your efforts are to the awful efforts of other ESC fans.

Good luck. Go for it. Get to it. And most of all, my friends, GET IT RIGHT! For the sake of world peace…

Why not use the special ESCplus tool to help you create your Top 43 for Eurovision 2018? It’s amazingly easy and a lot of fun! Just click HERE to try it out!