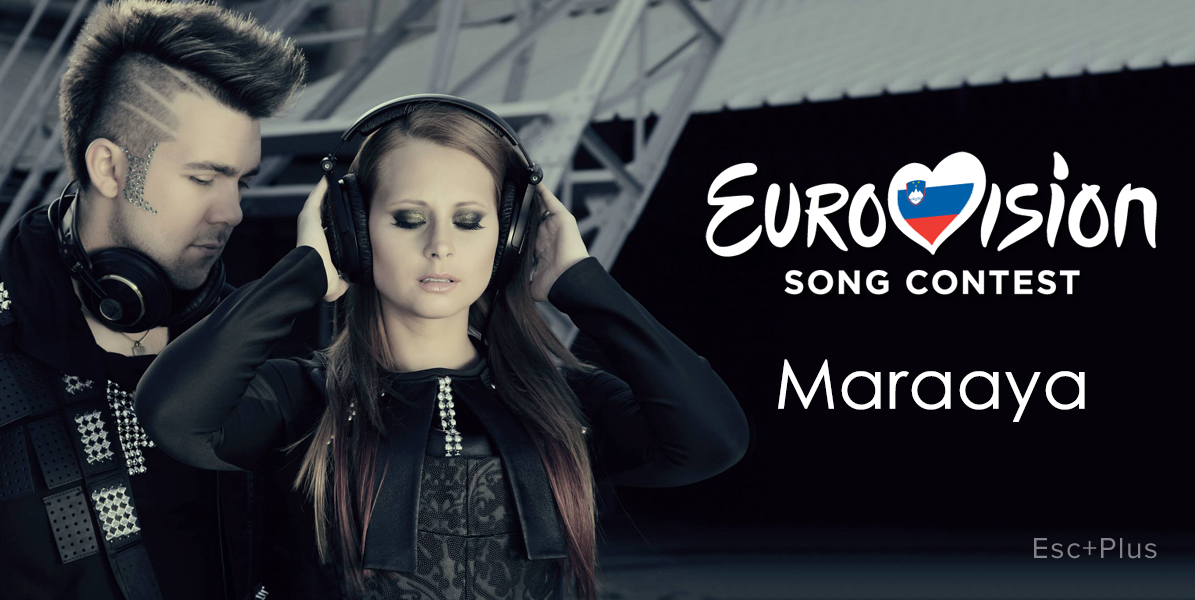 The Slovenian EMA has just come to an end and we have a winner! Maraaya will represent Slovenia at Eurovision 2015 with the song “Here for You”!

Eight acts have competed at EMA 2015:

The winner has been decided through two voting rounds including a superfinal during a show which has been broadcasted live from Lubjana.

During the first round, the eight candidate songs have been evaluated by a professional jury made up of Matej Wolf (musician and producer), Darja Švajger (Eurovision Song Contest participant in 1995 and 1999), Aleksander Radić (EMA 2015 project editor) and Jernej Vene (radio music editor). Only two acts have qualified for the superfinal where the winner has been decided by public televote:

The final of EMA 2015 has been hosted by Darja Švajger, Maja Keuc, Tinkara Kovač and Nejc Šmit. During the show, the hosts Darja, Maja and Tinkara have made some performances.

“MARAAYA” consist of vocalist/writer Marjetka and producer/writer Raay.
Marjetka started as a studio session singer, where she had a chance to work for different artists and experience different music styles. While also being a vocal coach to youngsters teaching them modern pop technique, she had developed her own distinctive soulful vocal style.

Raay, who is a succesful producer/writer in his country, was thrilled by uniqueness of her interpretation and felt it’s time to put Marjetka in the spotlight. So the duo “Maraaya” was born.

“Maraaya” are hard at work finishing their first album. Good representation on what’s to come is their first single LOVIN’ ME.

On one hand it could easily fit among current chart hits on the other hand Lovin’ me’s blend of styles with bold production approach, distinctive vocals and catchy melody just might make MARAAYA special enough to be the next success story.

Raay and Marjetka are a married couple, writing songs, creating music and developing their own style in indie/pop music. Raay, was one of the composers of the last year’s Eurovision entry “Round and Round” and, along with his wife, he also composed the Slovenian entry at Junior Eurovision 2014 “Nisi Sam” sang by Ula Lozar.

What do you think about the Slovenian choice?