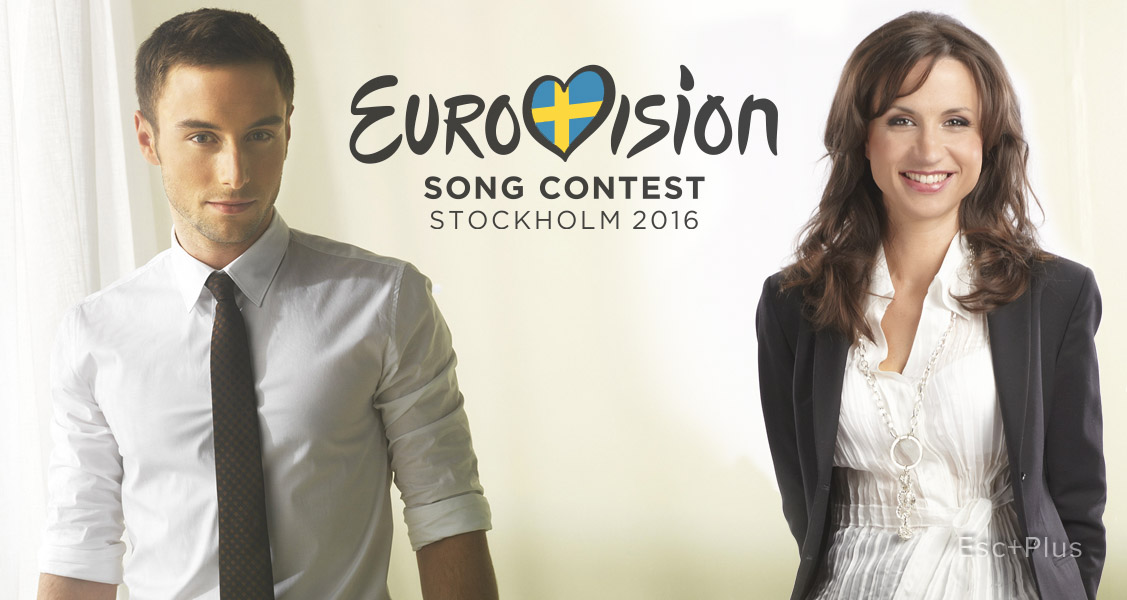 SVT has just confirmed that Måns Zelmerlöw and Petra Mede are the selected ones to lead Eurovision 2016!

Meet the hosts of Eurovision 2016

Meet the hosts of the 2016 Eurovision Song Contest, Måns Zelmerlöw and Petra Mede!

Måns Zelmerlöw masterminded one of the most memorable moments in the history of the Swedish selection show, Melodifestivalen, with his performance of the uplifting “Heroes”. He later won Eurovision 2015, held in Vienna, giving his home-country the 6th victory in the competition with 365 points.

Petra Mede is a Swedish comedian and television host from a previous life in the performing arts in Paris and Stockholm.

She first stepped into the limelight due to her success at stand-up comedy at the Bungy Comedy competition in March 2005, but also largely from her subsequent roles in some of the most popular comic television shows in Sweden.

In 2009 she was voted Sweden’s best female comedian and became the host of Melodifestivalen. Petra’s unique raw sense of humour led her to start her own Petra Mede Show on TV3 and today she continues to host A-list events, conferences, television shows and gigs all over Sweden.

This comedian and host already owns a vast experience in hosting Eurovision events, as she was the only host of the 2013 edition held in Malmö (Sweden) two years ago being also part of the interval act. This year, Petra Mede hosted the 60th anniversary concert of the Eurovision Song Contest “Eurovision Greatest Hits” along with Graham Norton.

You can watch again the presentation press conference of Eurovision 2016 hosts below:

According to the Executive Supervisor of Eurovision, Jon Ola Sand, no less than 43 countries will take part at next year’s favourite TV Show in Stockholm (Sweden) on May 10th, 12,th and 14th.

What do you think about the selected Eurovision 2016 hosts?