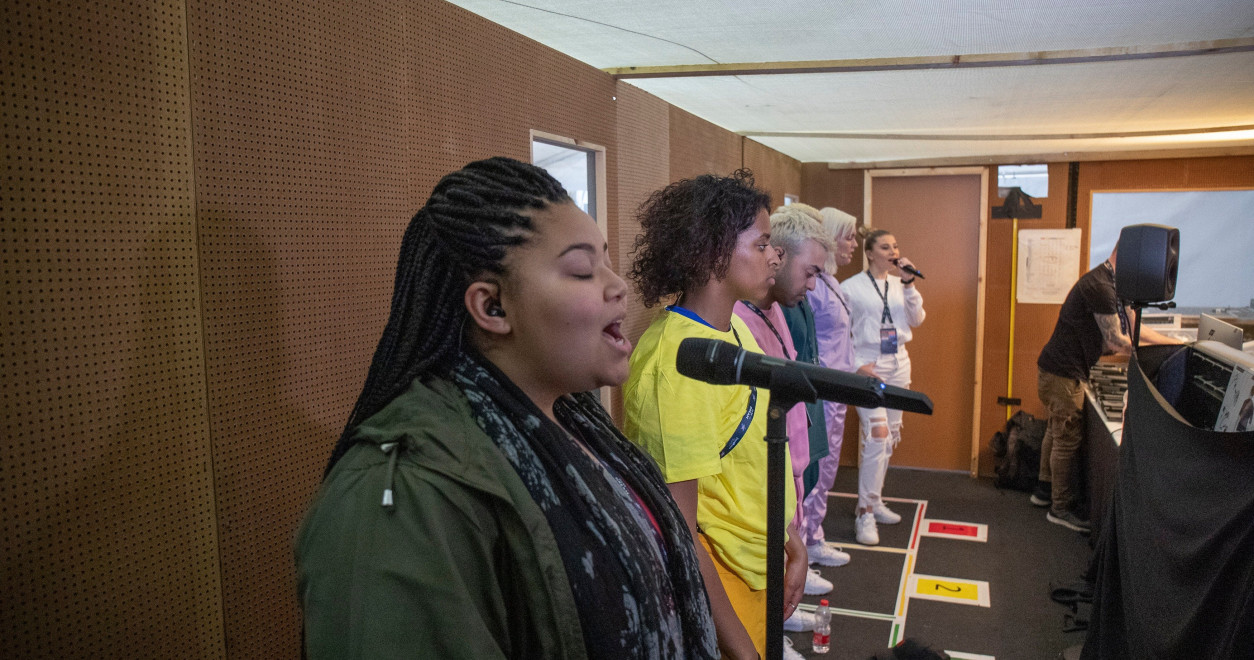 Late in the year, she hosted the JESC 2016 participating nations in her native Malta and served vocals fot the official theme song of the competition, ‘Embrace’, as well as two special performances of ‘Not My Soul’ and ‘Ladi Dadi (Fast Life), during the show.

Destiny Chukunyere’s last popular appearance happened last year when she entered Britain’s Got Talent and despite not making it through the semi-final with her very own rendition of Aretha Franklin’s ‘Respect’, she blown away the British audience as well as the jury in studio, including Simon Cowell who had no less than great words for what the singer could expect from her upcoming future in the business.

Today, Michela Pace and her team went on stage at EXPO Tel Aviv for the first rehearsal scheduled for her entry ‘Chameleon’ which unveiled the secrets behind the performance: projections, coreography and camera work are the main keys on the performance.

Do you think this union could also contribute to make Malta achieve some Eurovision glory this year?