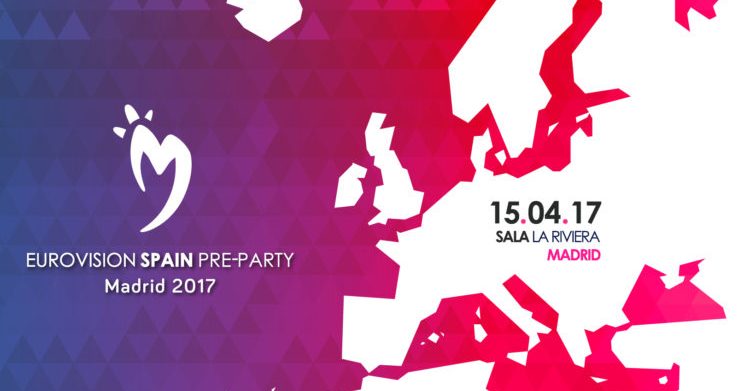 Another Eurovision pre-party event is set to take place next week in Madrid for the first time ever. After Moscow refused to organize its own due to political issues going on in the country, this leaves Madrid as the last promo event of the season before the contest in Kiev, which has already begun the stage construction inside the International Exhibition Centre.

For the last few weeks, the artists from this year’s Eurovision Song Contest have been contacted in order to learn if they would be attending the concert and now we can confirm that 19 out of the 43 competing delegations at this year’s Eurovision Song Contest in Kiev will be in Madrid to sing their entries in front of the Spanish audience and media on the 15th of May at La Riviera, one of Madrid’s most popular halls for music events, which will be holding up to 2.000 people.

The line-up looks as it follows:

The night will be introduced to the attendees by Spanish Eurovision representative from 2014 Ruth Lorenzo and also performing on stage will be Barei, who got to fly the Spanish colours in Stockholm last year with “Say Yay!” as well as her latest release “I Don´t Need To Be You“. This is not all as Ruth herself will be “Dancing In The Rain” for everyone in the hall and more surprises expected to be revealed soon.

Right after the appointment, fans will have the pleasure to be enjoying hours of Eurovision music until 6 AM.

Anyyway, Madrid have much more to offer and not only the main pre-party on Saturday, but Eurovision fans will also be able to attend another party on Friday 14th of April where over 10 Spanish Eurovision-related contestants will perform their entries live. This has been set as a welcome party for all Eurovision 2017 delegations attending the pre-party on Saturday. It will take place at Joy Eslava and the task of hosting the night will be in hands of Portugal’s very own Suzy and Spanish Eurovision collaborator and journalist Víctor Escudero.

The artists which already been announced are: 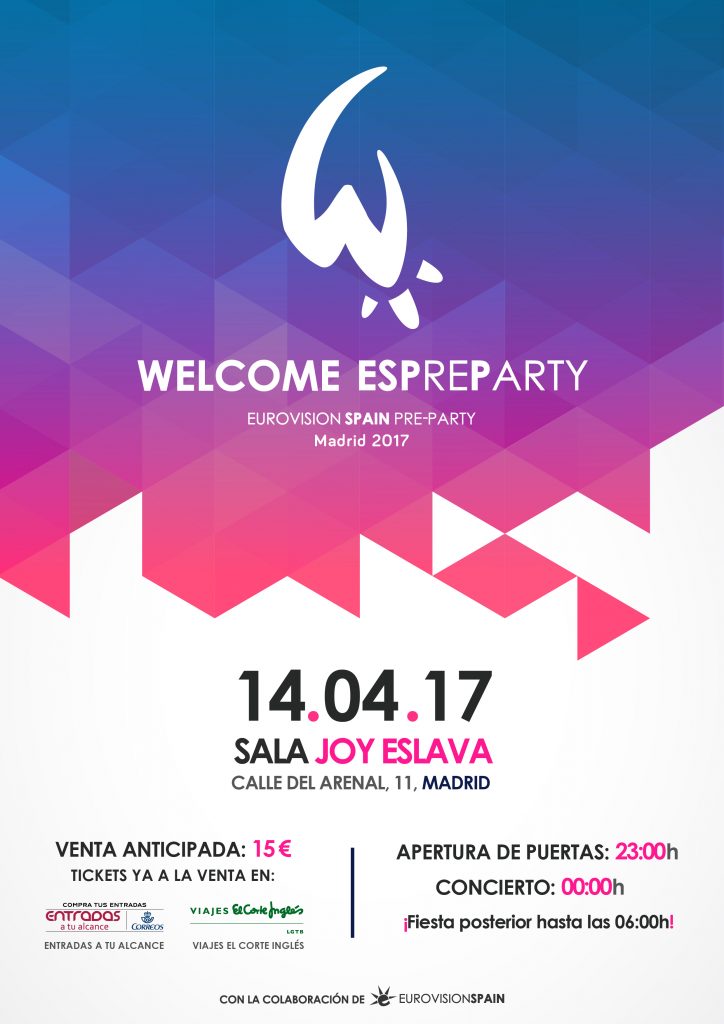 Tickets for both parties are still available to purchase by visiting the official website of Madrid Eurovision Pre-Parties:

Only 12 days to go for what it will be the biggest Eurovision pre-party in the world to date, don’t you dare and try to miss it, it is going to be an unforgettable weekend!