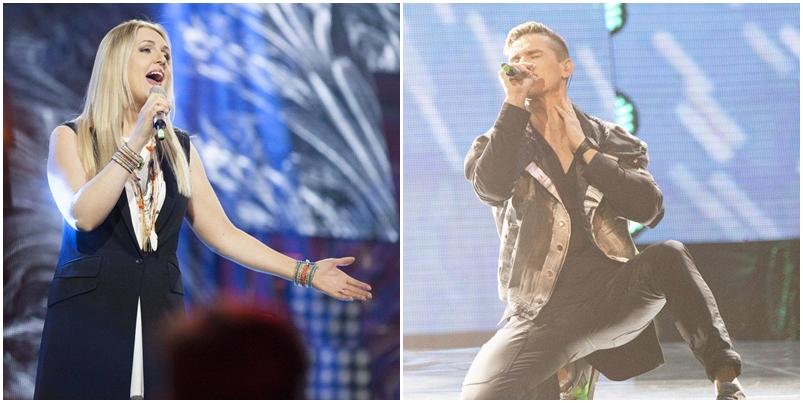 After just two eliminations from Round 3, Eurovizijos, the Lithuanian National Final Series began of the second phase of Eurovizijos, as we’ll be seeing performers who qualified from the first two rounds, in an effort to further scrutinize the field as we narrow down to our winner. The surprising and visually stunning show will air today on LRT at 20:00 CET.

Acting as the Lithuanian jury this time was Darius Užkuraitis, Nomeda Kazlaus, Ramūnas Zilnys, and Kazimieras Šiaulys. While the international jury members included Peter Freudenthaler, Syron, and Karl Frierson. After the televote and international jury scores are added to the already cast Lithuanian scores, the top eight entries will then advance in the competition.

Montell’s camp probably had quite the night. Going in Erica probably seemed like the most competition he would have and being the audience favored him in the televote from Round 1, that probably wasn’t a hurdle they were to concerned about jumping over on their track to Eurovision. Then something happened. The Lithuanian judges who seemed to at least be mostly supportive of him (they only offered minor criticism about the author’s non-Lithuanian heritage) turned in a sense, to be a bit dismissive of his song and Rūta was put not behind him, but on the same level as him in terms of their point-giving. Will his national support base be eroded by the comments of the judges? Did tunnel vision not sense Rūta’s injection at his side?

It will be very interesting on Saturday to see if Montell shows any concern in the video presented to us. He remains a popular star in Lithuania, who vaulted over Jennings in Round 1 due to their votes. It would be understandable to expect the same support come Saturday, but will the public find Rūta Ščiogolevaitė to be quite the revelation that the judges are seeing?

One thing is certain, you’ll only know if you watch today!