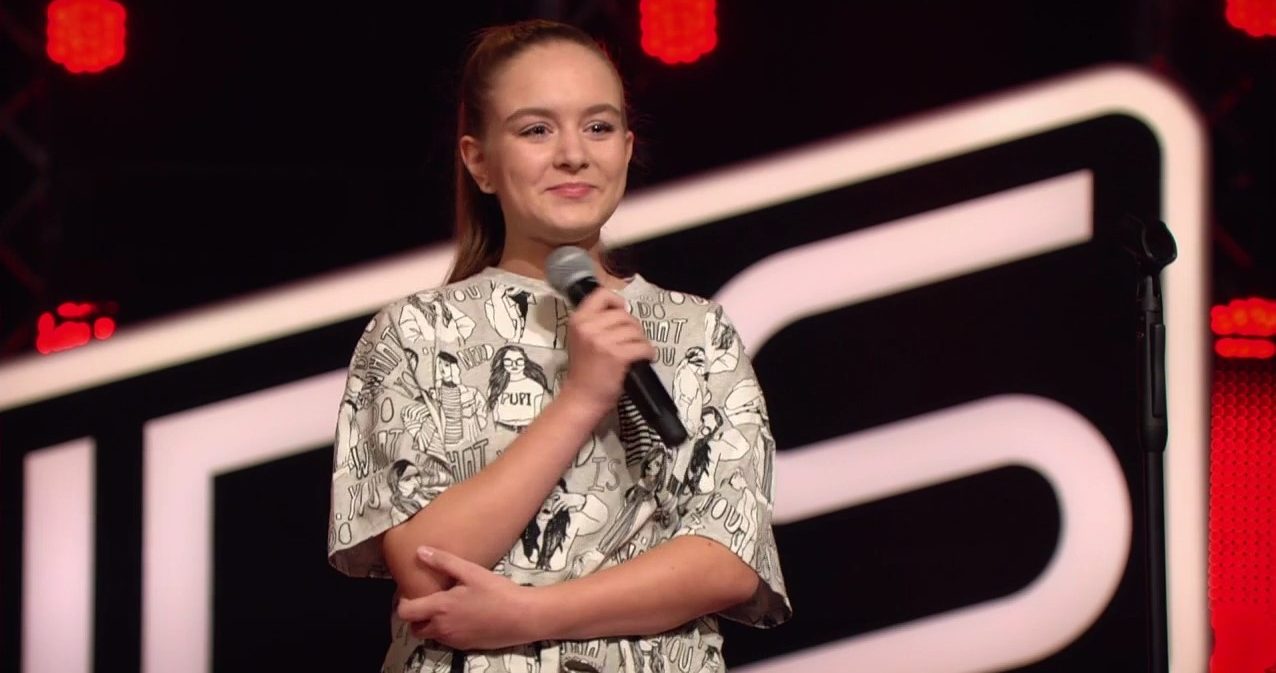 After bringing Slovenia the country’s highest score in any Eurovision event in 2015 and participating in the International Festival of Languages and Culture in 2016, Lina Kuduzović is ready for another song contest: The Voice Kids Germany. This will not be her first talent show; she previously won Slovenia’s Got Talent in 2010 at age 7 and later placed in the top 10 in the show’s Swiss equivalent in 2015.

Lina’s blind audition was broadcast yesterday and we could see how she managed to turn all coaches back after an impressive performance of Christina Aguilera‘s “Hurt”. The former Junior Eurovision entrant will compete at The Voice Kids as a member of the Team Mark. You can watch her blind audition below:

“I was quite scared and I was freaking out before I started singing. With time normally the butterflies fly away and they did, but then after I performed they came back. All the coaches turned around and I was the happiest human being on this planet. I chose Mark because he is just cool and I like his music a lot.”, stated Lina to ESC+Plus.

Lina will be the sixth of her Junior Eurovision 2015 peers to participate in The Voice Kids. The others that have previously done so are:

The Voice Kids Germany is broadcast on Sat.1 on Sundays at 20.15 CET.