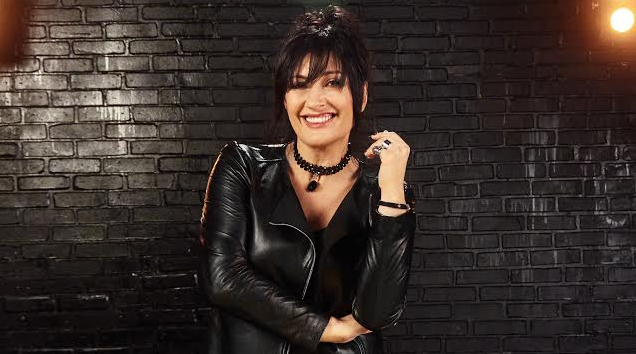 Kaliopi is back in the game! After Eurovision, she’s been spending her time into the studio, recording new material which is now available for every fan of her to listen to. The latest release of the Balkan diva and first after the contest in Stockholm is called “Kesteni” and has been re-produced by the singer herself and her ex-husband Romeo Grill, who also co-wrote “Crno I Belo” and “Dona”, Kaliopi’s two Eurovision entries in 2012 and 2016 respectively.

Kesteni, was known as an original 1988 hit by the Serbian band Alisa and Kaliopi’s team took over the song  for the Balkan radio project entitled The Stars are Singing the Stars 2  (Zvezde Pevaju Zvezde 2) in which stars recreate classic singles in their own style.

After the release of the song, Kaliopi revealed that she and her team “managed to make a complete audio-visual story”. The reactions from her friends, co-workers and her dear fans have been great, “everyone is indeed very pleased”, she added.

“I’m especially delighted that the author of the song, Miroslav Zivanovic-Pile from the band Alisa, is thrilled with the remake. We succeeded to make a cover that will continue the spirit of the song and that will make “Kesteni” forever remain in people’s hearts and Balkan music history”, Kaliopi stated.

As well as Kaliopi, Radio S production has included several participants from past Serbian Eurovision entries including Zeljko Joksimovic (2004 and 2012), Marija Serifovic (2007 winner), as well as Dzenan Loncarevic and Neverne Bebe.

Unfortunately, this time at Eurovision was not as successful as it was for her in 2012, as she did not manage to make it through from the second semifinal coming 11th with 88 points, but she still has a lot of fans behind in every single step she takes.

We wish you the very best Kaliopi!