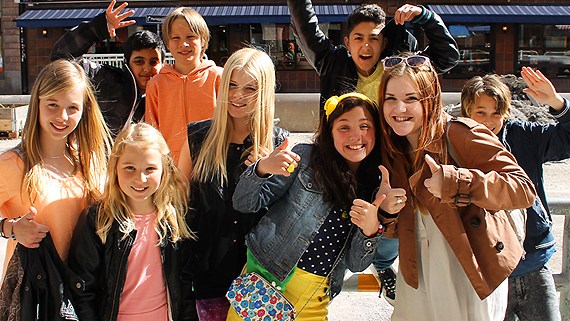 The final of Lilla Melodifestivalen 2013 will take place this evenning in Gröna Lund amusement park located in Stockholm. This is the third time in a row Swedish broadcaster SVT uses this procedure to choose entry for the Junior version of Eurovision, the final will be bradcasted only on radio P4 and the video show will be released in September.

These are the eight finalists and songs to compete this afternoon:

The winner will be chosen by a profesional jury formed by Christer Björman, Carolina Noren and Jan Lundqvist.

This is the third time Mathilda Lindstöm takes part at Lilla Melodifestivalen, she took part at 2005 edition with the song “Kom Till Mig” and in 2012 with the song “Hellre Utan Dig”.

Lilla Melodifestivalen 2013 final will take place at 17:00 CET and will be broadcast live on P4 radio here. More information about the contest, snippets, interviews and finalists can be found here.