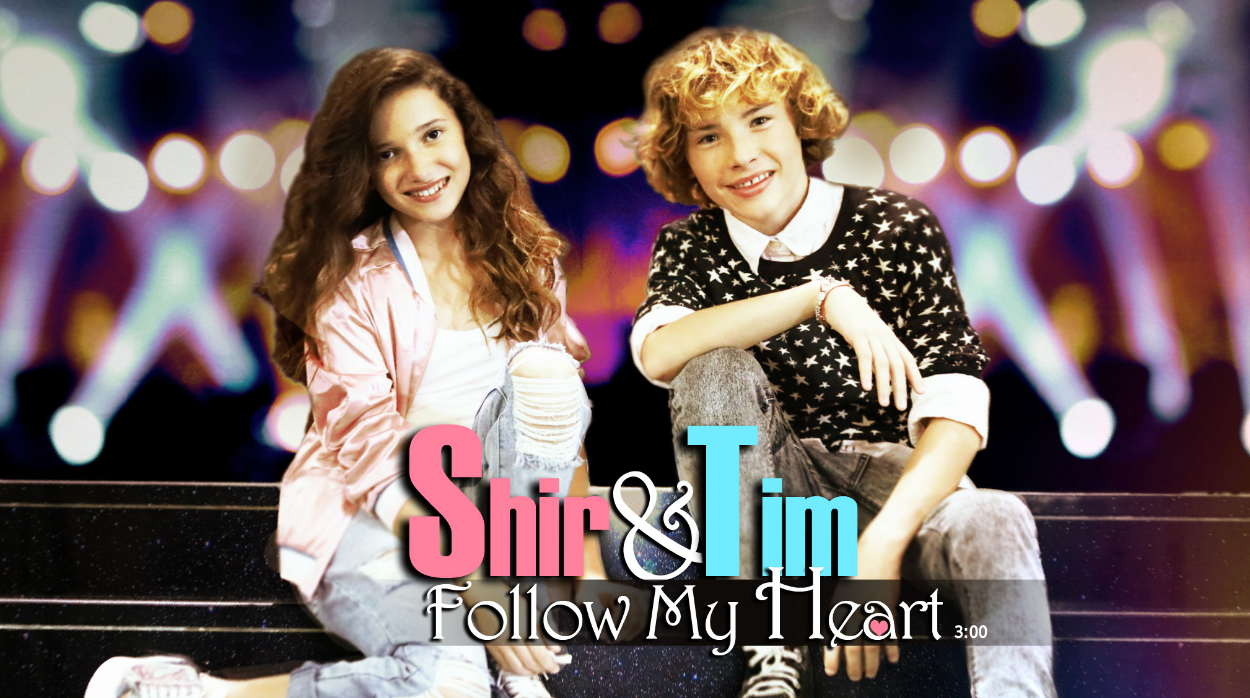 The Israeli song for this year’s Junior Eurovision has just been released. Shir and Tim will perform “Follow my Heart”, composed by Dor Daniel and Noam Horev.

Listen to the song below:

13-year old TimTi Sannikov & Shira Frieman will represent Israel after having been selected by a professional jury panel. Auditions to find Israel’s representative in the 2016 Junior Eurovision Song Contest were held in October. Participants were scouted from various youth groups, competitions and stage schools. Shira and Timothy were selected to represent Israel as a duo, Shir & Tim.

The Israeli entry for the Junior Eurovision Song Contest 2016 is directed by Moshe Kepten to the choreography of Michal Shay. The camera work will be made by the director Amir Ukrainitz, while the voice coach is Dalit Cahana. The styling along the Junior Eurovision week and the performance itself belongs to Rene Gliksman.  The official video is still in the making and it will be published in the next few days.

Both singers are experienced in TV shows as Timothy took part at 2015 season of The Voice Kids in Russia and this year’s edition of The Voice Kids in Ukraine, while Shira participated the third season of the Israeli project “Music School”. Information about the song hasn’t been revealed yet, so we just have to wait and see when it’s released. Timothy is also a former participant of New Wave Junior.

What do you think about the Israeli song for Junior Eurovision 2016?