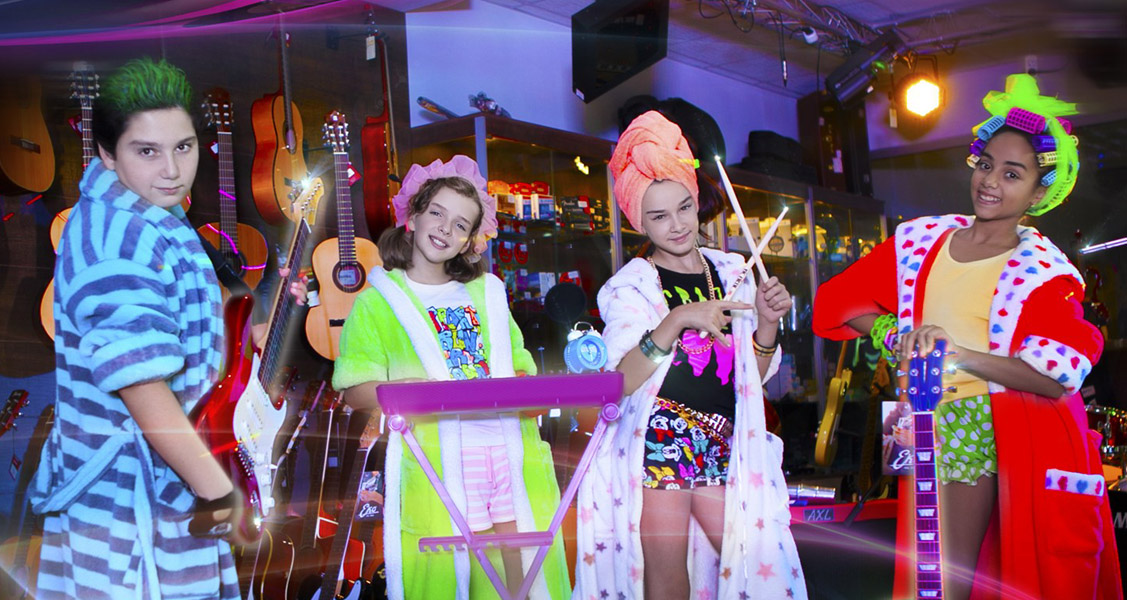 GPB has announced the song that “The Virus” will be performing in Sofia will be released tomorrow together with the official video!

The Georgian song for Junior Eurovision 2015 is called “Gabede” which means “Dare”. The track is composed by Giga Kukhianidze and written by  Erekle Deisadze, Boriko Shkhiani was in charge of the arrangement.

The official video clip, directed by Giga Kukhianidze and Ramaz Gunava, was shot a few days ago and it will be premiered on the Georgian First Channel. During the shooting of the video, the trio was wearing costumes designed by Marika Kurdubadze. Tamar Gogoreliani was in charge of the choreography.

“The Virus” is formed by Elene, Tako, Lizi and Data, who were internally chosen by GPB broadcaster to represent Georgia in Bulgaria. The four kids have been actively working the past weeks, together with vocal coach, composers and choreographers, to have their entry ready for the contest.